Alison Boshoff: Will it be Sir Simon the squire? 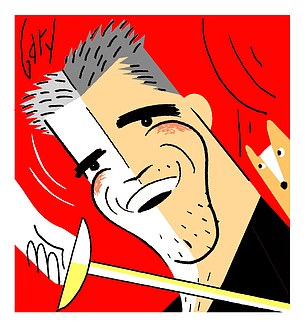 Not so long ago, Simon Cowell epitomised a rather downmarket kind of flash — driving megabucks cars, holidaying with hot girls in bikinis, hanging out with pop star Sinitta and hypnotist Paul McKenna.

But it seems that the music mogul has entered a new, respectable, ‘country squire’ period — which some of his old pals say is borne out of his ‘desperation’ for a knighthood.

Cowell, 62, was spotted earlier this month at the crashingly middle-class Cornbury Festival in Oxfordshire (where David Cameron gets his groove on).

He’s also been hanging out at nearby Soho Farmhouse. And his fiancee, Lauren Silverman, and their son Eric, eight, are regular guests of Amanda Holden at her house in the Cotwolds. (Holden recently posted footage on TikTok of a Cowell/Holden family handstand challenge at her picturesque country home.) 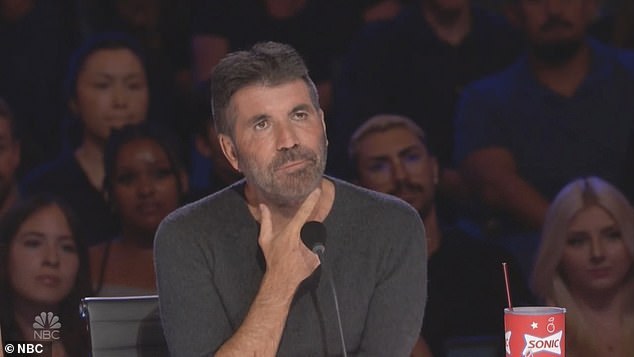 Not so long ago, Simon Cowell epitomised a rather downmarket kind of flash — driving megabucks cars, holidaying with hot girls in bikinis, hanging out with pop star Sinitta and hypnotist Paul McKenna

I’m told: ‘Lauren really wants to be Lady Cowell; and one of the reasons for the wedding is that they both crave respectability.’ Cowell proposed to his long-term girlfriend on Christmas Eve last year, but the wedding won’t happen until at least September, as Cowell’s about to fly to the U.S. to film the new series of America’s Got Talent.

One pal says: ‘Nobody has been invited and quite a few of Simon’s friends are complaining it’s so hard to speak to him these days, which is rather sad.’

On the honours front, Cowell hasn’t even got an MBE, although colleagues such as David Walliams and Ant and Dec have previously been summoned to the Palace.

In 2018, Cowell said: ‘Having seen the others get it, now I’ve started to think that I need at least an O, M or whatever it is.