Atletico Madrid fans double down on their demand for the club not to sign Cristiano Ronaldo by unfurling a ‘CR7 not welcome’ banner in a pre-season friendly, after earlier labelling the wantaway Manchester United star the ‘ANTITHESIS of the club’s values’Savage Atletico Madrid fans unfurled a ‘CR7 not welcome’ banner during friendlyManchester United’s Cristiano Ronaldo was this week linked with the club However, the Portuguese player is also Real Madrid’s all time top goal scorerAtletico fans had earlier said Ronaldo was the ‘antithesis of the club’s values’

By Samuel Draper For Mailonline

Savage Atletico Madrid fans have doubled down on their calls for the club not to sign Cristiano Ronaldo, by unfurling a ‘CR7 not welcome’ banner at a pre-season friendly on Wednesday.

Atletico beat third-tier Numancia 4-0 at the Estadio Muncipal de El Burgo de Osma, but during the win, dozens of the club’s supporters made their opinion on the 37-year-old clear from the stands.

There were rumours linking Ronaldo to the Wanda Metropolitano, but Atletico’s core fanbase said the Portuguese star does not fit with the club’s ethos. 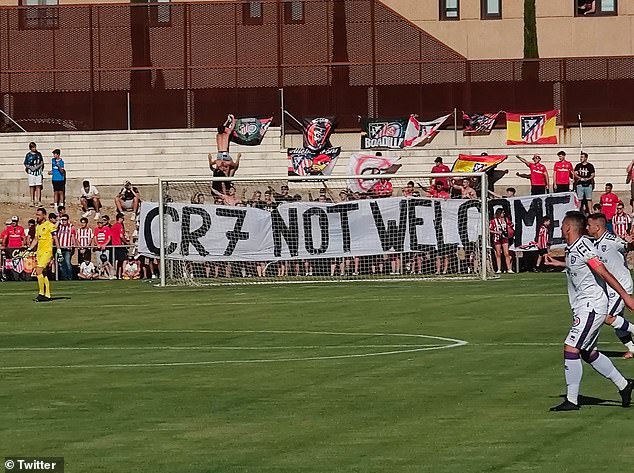 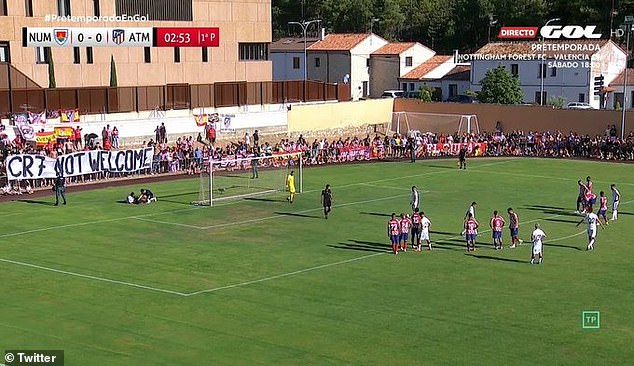 As previously reported in Sportsmail, the Atletico fan alliance said: ‘Given the possibility that the signing of Cristiano Ronaldo is more than just a rumour we express our absolute rejection of any hypothetical incorporation into our club.

‘The aforementioned player represents the antithesis of the values that are the hallmarks of our Atleti, such as effort, generosity, simplicity and humility.

‘Even in the unlikely event that a player in decline such as Cristiano Ronaldo could secure a title; we would not accept his signing.

‘The sense of belonging to our Atletico is not something that is within his reach, to his misfortune, so he could never achieve our affection or recognition. Therefore, we ask the club to reject his possible signing, if he has ever been considered.’ 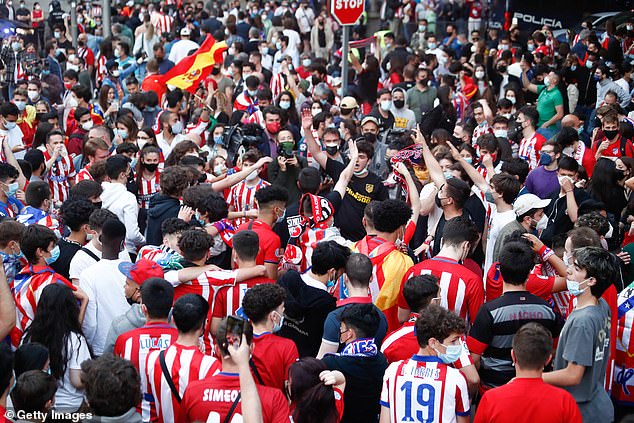 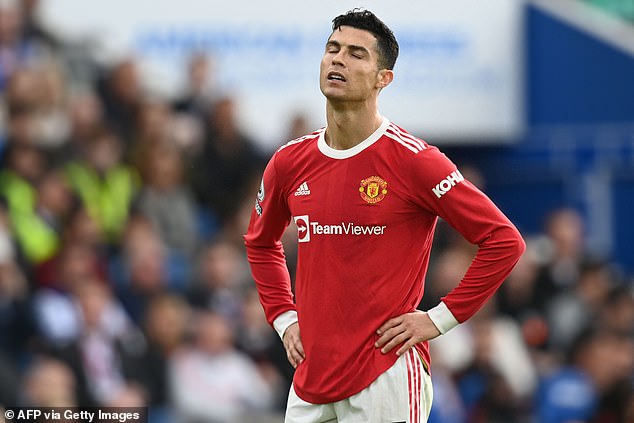 Enrique Cerezo, the president of Atletico, had recently ruled out a move for Ronaldo, due to their intense rivalry with Real Madrid.

The Portguese player spent nine years at the Bernabeu from 2009 to 2018, becoming their all-time top goal scorer.

Cerezo told COPE: ‘I don’t know who invented this story about Cristiano Ronaldo to Atletico Madrid.

‘It’s definitely not true. It’s practically impossible for him to come to Atletico Madrid.’

Ronaldo has told Manchester United he wants to leave in search of Champions League football, and missed the club’s pre-season tour of the USA.

He sat on the sidelines at Carrington as United beat Wrexham 4-1 in a friendly played behind closed doors on Wednesday.