Two-time world javelin champion Kelsey-Lee Barber has tested positive to COVID-19 just days before she was due to compete in the Commonwealth Games.

An Athletics Australia (AA) spokesperson confirmed on Wednesday that Barber had tested positive on transit from the world athletics championships in Eugene, Oregon to the Games training camp in the south-east English town of Tonbridge.

But as she is asymptomatic, hopes are high that the 30-year-old should still be able to compete in Birmingham.

Barber has won javelin bronze and silver at the past two editions of the Commonwealth Games. 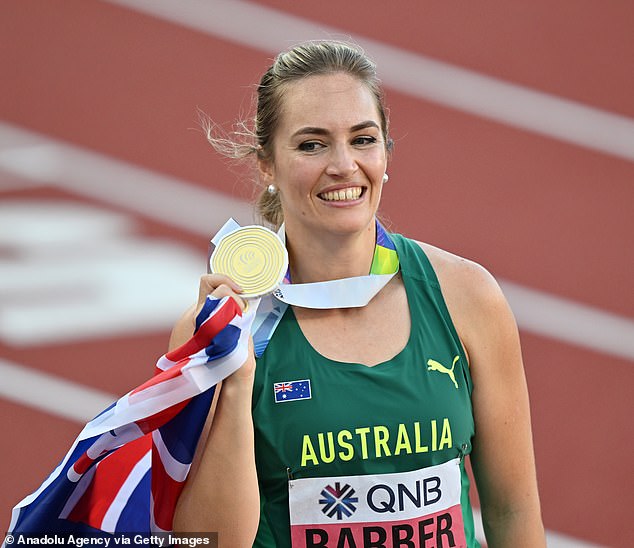 The women’s javelin final in Birmingham is on August 7.

Australian team chef de mission Petria Thomas is hopeful all 429 members of the team can compete in Birmingham despite a number of them dealing with COVID complications.

The threat of COVID has prompted some Australians to avoid Thursday night’s opening ceremony ahead of competition starting the following day.

‘COVID unfortunately has been an ongoing challenge,’ Thomas told AAP on Wednesday. 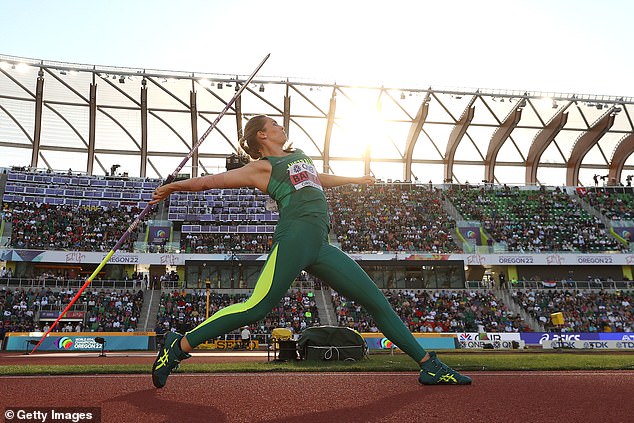 The 30-year-old will be looking to go improve on her two previous Commonwealth Games results, a silver and a bronze

‘We’re managing various cases as they pop up so our COVID team has done a mountain of work trying to make sure people can get to the Games and for our athletes to be able to get to the start line.’

Between 150 and 200 athletes from Australia’s 430-strong team were expected to march at Thursday night’s opening ceremony.

Australia’s women’s T20 cricketers are among those opting to miss the ceremony to minimise the COVID risk.

Star batter and wicketkeeper Alyssa Healy described the team’s decision as ‘a bit disappointing’ but understandable ahead of their campaign starting Friday.

‘We have taken quite a cautious approach, knowing that if one goes down there’s potential that more in the team will go down,’ Healy told reporters on Wednesday.

Australia’s team has been split into five locations in Birmingham, in part to mitigate the COVID risk.

Organisers had planned a single athletes village but construction was delayed because of COVID-related supply issues. 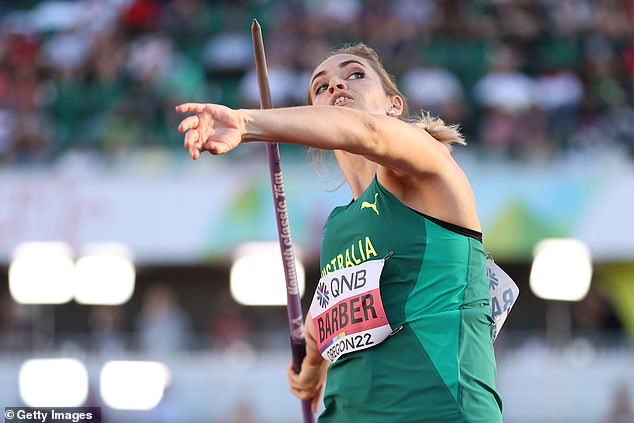 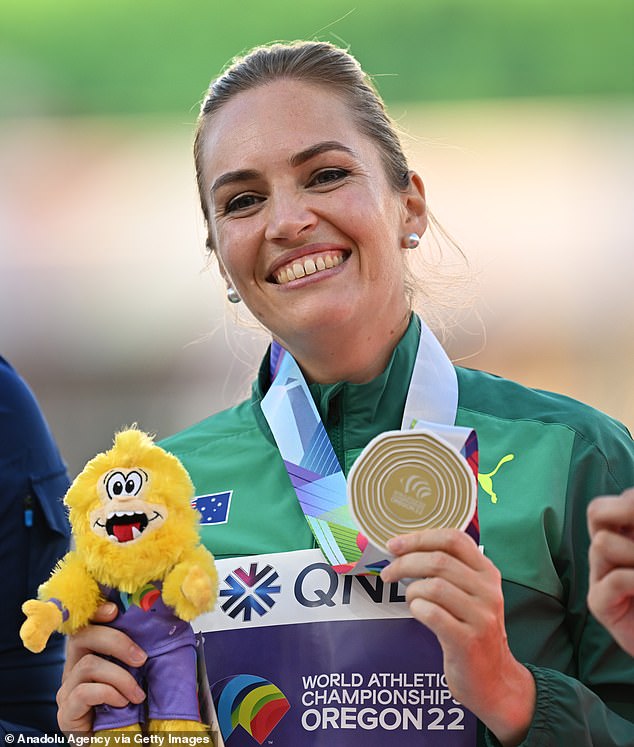 She is asymptomatic but won’t attend the Games opening ceremony early on Friday morning, Australian time – with the Aussie women’s T20 cricket team also giving it a miss

The Australians have been banned from supporting their teammates at other events due to the threat of COVID and been ordered to wear face masks when not in their rooms or exercising.

Strict hygiene protocols are also being enforced with Thomas confident Australia has done all it can to prevent any COVID outbreak.

‘We are probably doing more than potentially any other country here to try and keep our team members infection free,’ she said.

‘We have got an amazing COVID response team that is working around the clock to try and manage the cases that have popped up.

‘Certainly our testing protocols have been really beneficial to catch people who were testing positive seven to 10 days before arriving.

‘And that has really assisted us to manage those people and make sure that they can get here. They might be delayed in some cases but that also minimises the risk to the rest of the team.’