A BBC Breakfast blunder has seen Dan Walker still listed as a star of the show – despite ditching it for Channel 5.

The 45-year-old journalist left BBC Breakfast on May 17 for a new role as anchor of 5 News on Channel 5.

Jon Kay, 52, has subsequently been announced as Dan’s permanent replacement, hosting the show Monday to Wednesday each week alongside Sally Nugent.

However, fans of the show can still see Dan listed as the first presenter on the BBC Breakfast’s page of the BBC’s website.

Under the ‘Breakfast Presenters’ banner, it says: “Find out more about the people who regularly present BBC Breakfast”.

Dan’s profile still sits alongside Sally’s as well as Charlie Stayt and Naga Munchetty, who host the show Thursday to Saturday. 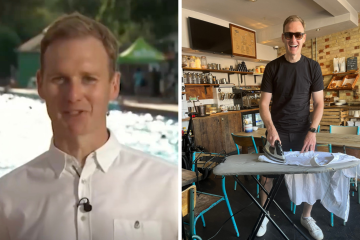 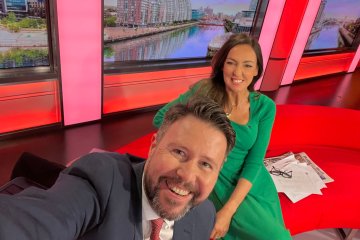 It comes as Dan revealed he misses his former colleagues, two months after quitting for his new role at Channel 5.

During an Instagram Q&A, Dan’s fans asked him about his new role and if he missed the early morning role.

He replied: “I miss Carol, Sally and the rest of the Breakfast team. I love them, and the show, to bits but it was time for a new challenge and I’m really enjoying @c5news”

Dan previously said how hard a decision it had been to leave BBC Breakfast after six years.

He said: “I’m really excited but this has also been a massive decision for me because I love BBC Breakfast, I love working alongside Sally and I love the team there.

“But Channel 5 came with big ambitions, with big plans and I don’t think opportunities like this come around very often and I can’t wait.”

Dan made his debut on 5 News on June 6 where he reported live from Downing Street.

BBC Breakfast airs daily from 6am on BBC One.