Biden ‘offers Putin Russian arms dealer, dubbed Merchant of Death who is serving 25 years in US prison, for Brittney Griner AND Paul Whelan in prisoner swap’WNBA star Brittney Griner was arrested at a Moscow airport in FebruaryThe two-time Olympic gold medalist spoke at her Moscow trial Wednesday Bout is an infamous arms dealer serving time after conviction on trafficking chargesWhelan was accused of spying and sentenced to 16 years in a Russian prison campPlan has backing of President Biden, CNN reported WednesdayThe idea of a trade has been floated for monthsSecretary of State Antony Blinken said he is preparing for talks with Russian foreign minister Lavrov on a variety of subjects, including Griner and Whelan

The Biden Administration has offered Moscow a prisoner swap that would free Brittney Griner and Paul Whelan, two high-profile Americans who are jailed in Russia’s notorious judicial system, it was reported Wednesday.

The proposal would free Griner, a WNBA star, and Whelan, a Marine veteran convicted on spying charges he and the government deny, in exchange for freeing Russian arms merchant Viktor Bout.

Bout, who was the inspiration the Nicholas Cage character in Merchant of Death, is serving a 25-year sentence in the U.S. after being convicted on trafficking charges. 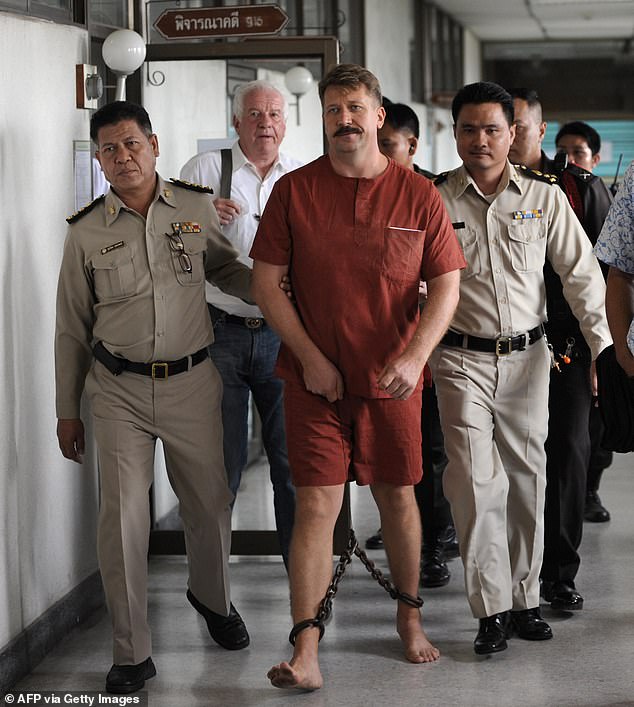 The Biden administration has floated an offer to swap convicted arms trafficker Viktor Bout (C) in exchange for Brittney Griner and Paul Whelan, who are both detained in Russia

Griner was arrested at a Moscow airport in February on drug possession charges. She spoke at her ongoing trial in Moscow Wednesday.

CNN reported on the outlines of the deal, which it said had earned President Biden’s backing.

‘In the coming days I expect to speak with Russian Foreign Minister Lavrov for the first time since the war began. I plan to raise an issue that’s a top priority for us; the release of Americans Paul Whelan and Brittney Griner who’ve been wrongfully detained,’ he said. 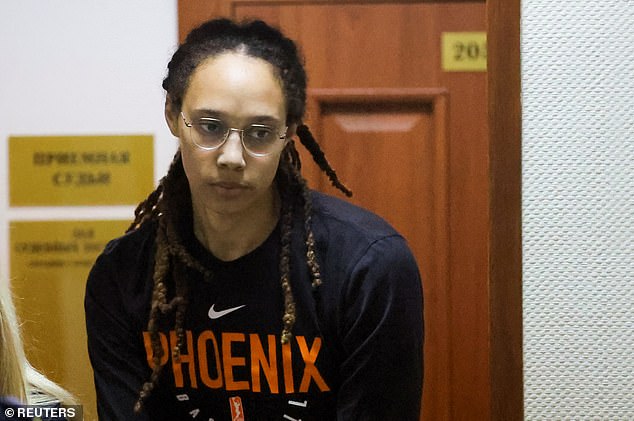 U.S. basketball player Brittney Griner, who was detained at Moscow’s Sheremetyevo airport and later charged with illegal possession of cannabis, is escorted before a court hearing in Khimki outside Moscow, Russia July 27, 2022 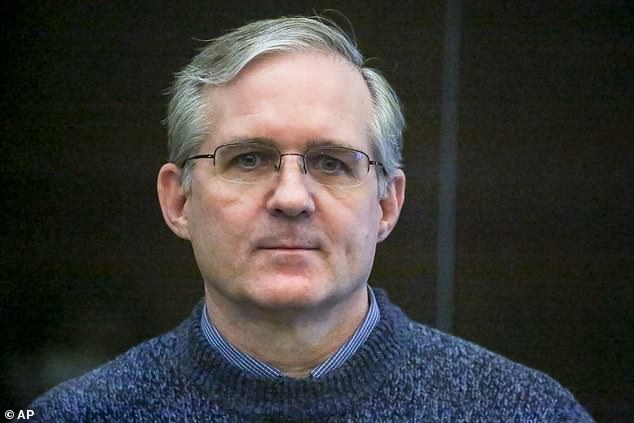 Paul Whelan, a former U.S. marine who was arrested for alleged spying, listens to the verdict in a courtroom at the Moscow City Court in Moscow, Russia, June 15, 2020

‘We communicated a substantial offer that we believe could be successful based on a history of conversations with the Russians,’ a senior administration told the publication. ‘We communicated that a number of weeks ago, in June.’

Top administration officials have repeatedly refused to confirm such a trade on the record when asked about it.

Griner acknowledged in court earlier this month that she had vape cartridges containing cannabis oil when she arrived in Russia but contends she had no criminal intent and the cartridges ended up in her luggage inadvertently.

Her defense team is hoping for a lenient sentence, although she could face years in prison.

Whelan’s family has been pushing for top officials to secure his release for years. He has been held since 2018. The pressure only increased after the administration was able to secure the release of another Marine veteran, Trevor Reed, in another swap with Russia in April.

Bout, 55, is a former translator for the Soviet military who is serving out his sentence in Illinois after being convicted of conspiring to kill Americans and illegally selling weapons to Colombia’s FARC, as the Washington Post reported.

The diplomatic wrangling has all come with Russia’s brutal war on Ukraine as a backdrop, while officials still try to keep lines open on issues ranging from military deconfliction to efforts to get grain out of Ukraine amid the war.

The administration has frequently questioned Russia’s trustworthiness as a negotiating partner, even while trying to secure the release of detained Americans.

Days ago a series of explosions hit the Ukrainian port city of Odessa hours after Russia and Ukraine inked a deal to allow grain shipments through the Black Sea. Blinken said afterwards that it cast ‘serious doubt on the credibility of Russia’s commitment to yesterday’s deal’ on grain shipments.