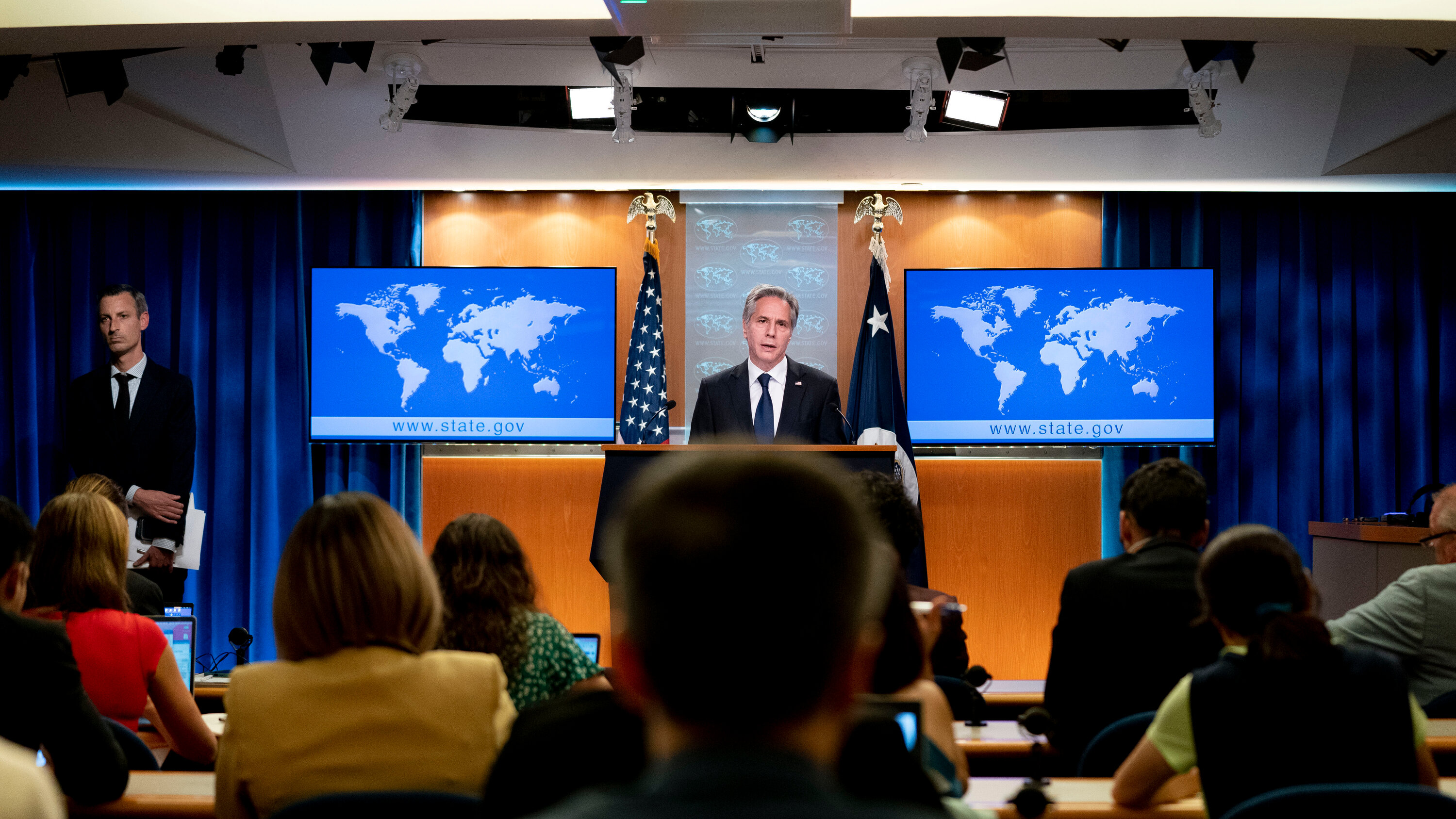 Secretary of State Antony J. Blinken said the Biden administration has made a “substantial proposal” during talks with Russia to release the W.N.B.A player and the former Marine Paul Whelan.CreditCredit…Andrew Harnik/Associated Press

WASHINGTON — Secretary of State Antony J. Blinken revealed on Wednesday that the United States had “put a substantial proposal on the table weeks ago” in talks with Russia to secure the release of the basketball star Brittney Griner and another detained American, Paul Whelan.

A person briefed on the negotiations said that in June, the United States offered to trade an imprisoned Russian arms dealer, Viktor Bout, for Ms. Griner and Mr. Whelan, and that President Biden — who has been under growing political pressure to free the Americans — had backed the offer.

Speaking to reporters at a news conference in Washington, Mr. Blinken said that the United States and Russia had “communicated repeatedly and directly on that proposal,” and that he expected to raise it soon directly with Russia’s foreign minister, Sergey V. Lavrov.

Mr. Blinken would not provide additional details about the proposal, or describe any Russian response, saying he did not want to endanger sensitive negotiations with Moscow. Mr. Blinken last spoke with Mr. Lavrov, Russia’s top diplomat, in January at a meeting in Geneva, weeks before Russia’s invasion of Ukraine on Feb. 24 led to a near-total shutdown of American diplomacy with Russia.

Mr. Blinken declined to confirm a CNN report that Mr. Biden had agreed to trade Mr. Bout, whose release the Kremlin has demanded for years, for Ms. Griner and Mr. Whelan. Known as the “Merchant of Death,” Mr. Bout is serving a 25-year federal prison sentence for conspiring to sell weapons to people who said they planned to kill Americans.

In response to a question last week about potentially trading Mr. Bout, William J. Burns, the director of the Central Intelligence Agency, speaking at the Aspen Security Forum, did not sound enthusiastic, calling Mr. Bout “a creep.”

Mr. Bout, 55, is a former Soviet military officer who made a fortune in global arms trafficking before he was caught in a federal sting operation. Russian officials have pressed his case for years, and in recent weeks Russian media outlets had directly linked his case to Ms. Griner’s.

Russia has held Ms. Griner, 31, since mid-February, when she was arrested at a Moscow airport on charges involving hashish oil found in her luggage. She has pleaded guilty to the drug charges against her and said in a court appearance outside of Moscow on Wednesday that she accidentally packed a small amount of the cannabis-related substance, which she uses at the direction of a doctor to manage pain. Russia has notoriously strict drug laws.

Mr. Whelan, 52, a former Marine and security company executive, was detained at a Moscow hotel in 2019 and charged with espionage. The State Department has classified both Mr. Whelan and Ms. Griner as “wrongfully detained” and referred their cases to a special hostage affairs office.

In a statement, Mr. Whelan’s brother David said the family was just learning about the U.S. proposal.

“Our family appreciates the Biden administration seeking Paul’s release using the resources it has available,” he said. “We hope the Russian government responds to the U.S. government and accepts this or some other concession that enables Paul to come home to his family.”

Ms. Griner’s Russian defense team said that it had learned about the American offer from the news, and that it had not been participating in the discussions. From the legal perspective, the prisoner exchange is possible only after the court reaches a verdict, the lawyers said.

“In any case, we would be really happy if Brittney will be able to come home and hope it will be soon,” said one of her lawyers, Maria Blagovolina.

While declining to discuss specifics, Mr. Blinken said the U.S. government was trying to balance the imperatives of freeing wrongfully detained prisoners around the world, while working “to reinforce the global norm against these arbitrary detentions, against what is truly a horrific practice.”

Critics say that prisoner swaps encourage foreign governments and terrorist groups to arrest or kidnap Americans. But the United States did make a trade with Moscow in April, sending back a convicted Russian drug smuggler in exchange for Trevor Reed, a former U.S. Marine who arrested in Moscow in 2019 on charges of assaulting a police officer. Biden administration officials suggested that trade was an exceptional case made urgent by Mr. Reed’s failing health.