Former Masters Champion Bubba Watson is ‘set to be announced as the latest defector to the LIV Golf Series’, with the Saudi-backed breakaway planning to pay him $50million to leave the PGA Tour

By Michael Rudling For Mailonline

The 43-year-old won the Masters in 2012 and 2014 but has dropped off somewhat in recent years. he has fallen to 86 in the World Rankings and missed the last two majors.

There have been a number of big-name additions to the breakaway tour, including Phil Mickelsen, Henrik Stenson and Segio Garcia. 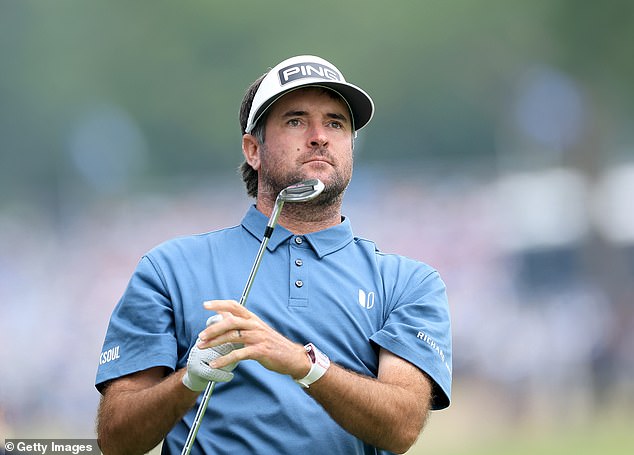 According to reports in the Telegraph, Watson is set to be paid £41 million for his defection.

He is due to be announced during this weekend’s 54-hole competition in New Jersey that has a prize pot big enough to see the loser taking home £100,000.

They also report he is set to take part in the LIV’s £20m tournament in Boston in September, and that he will captain one of 12 teams in the LIV Golf League next year.

It will be Golf’s first-ever league, and will also introduce a franchise system team with teams led by captains who will compete and have the ability to build their franchises to attract fan following and sponsors.