The NHS‘s controversial gender clinic for children will shut its doors after a damming report found it was ‘unsafe’.

GIDS is the sole provider of gender dysphoria and gender identity services for children and young people across the whole of the UK.

But NHS England has said the the clinic must now shut its doors by spring next year.

The decision was sparked by a review by paediatrician Dr Hilary Cass who found it was ‘not a safe or viable long-term option’ and that other mental health issues were ‘overshadowed’ by gender concerns when children were referred to the clinic.

GIDS’s closure will be replaced by regional centres at existing children’s hospitals which will provide more holistic care with ‘strong links to mental health services.’ 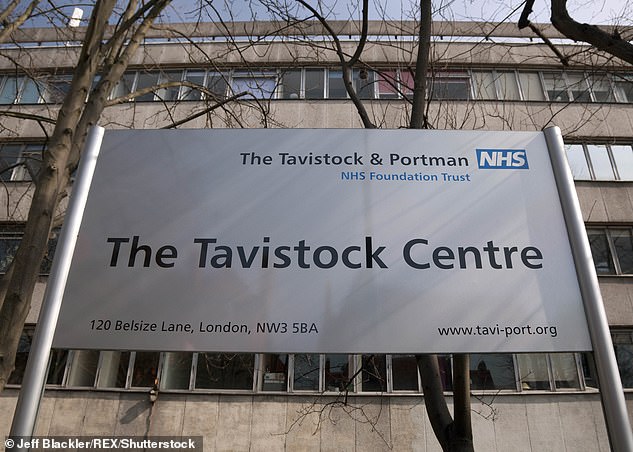 Gender dysphoria is used to describe a sense of unease a person may have because of a perceived ‘mismatch between their biological sex and their gender identity’, according to the NHS.

The move is likely to be seen as a victory by some campaigners who have previously accused GIDS of rushing children onto lifechanging puberty blocking drugs.

In a letter to NHS England expressing concern over the use of these drugs, Dr Cass said: ‘Staff should maintain a broad clinical perspective in order to embed the care of children and young people with gender uncertainty within a broader child and adolescent health context.’

The review of Tavistock was launched to probe several issues affecting the clinic.

There were also concerns that a ‘significant number’ of children were presenting with neurodiversity and other mental health needs and ‘risky behaviours’, which needed to be looked into deeper before setting them on the path of transitioning.

The report reads: ‘This has led to a lack of clinical consensus and polarised opinion on what the best model of care for children and young people experiencing gender incongruence and dysphoria should be; and a lack of evidence to support families in making informed decisions about interventions that may have life-long consequences.

‘This has contributed to the current service being unable to meet the scale of rising demand.’

In her letter to NHS England, Dr Cass also called for more research into the effects of puberty blockers on a young person’s brain development.

She wrote:  ‘A further concern is that adolescent sex hormone surges may trigger the opening of a critical period for experience-dependent rewiring of neural circuits underlying executive function (i.e. maturation of the part of the brain concerned with planning, decision making and judgement).

‘If this is the case, brain maturation may be temporarily or permanently disrupted by puberty blockers, which could have significant impact on the ability to make complex risk-laden decisions, as well as possible longer-term neuropsychological consequences.

‘To date, there has been very limited research on the short-, medium- or longer-term impact of puberty blockers on neurocognitive development.’

She added: ‘I would suggest that consideration is given to the rapid establishment of the necessary research infrastructure to prospectively enrol young people being considered for hormone treatment into a formal research programme with adequate follow up into adulthood, with a more immediate focus on the questions regarding puberty blockers.’