The centre-back, 22, joins after the Eagles agreed a deal worth an initial £8.5million with the German champions, with add-ons which could take the fee to £11million.

Richards, who has eight caps for the United States, has signed a five-year deal at Selhurst Park as boss Patrick Vieira looks to build on a successful first season.

The defender said: “I grew up watching the Premier League and grew up of course watching [Wilfried] Zaha, so it’ll be cool to spend some time on the field with them [the Palace players] and be a part of this historic club.

“I’m really excited for it. The kind of project I’ve seen [attracted me]. 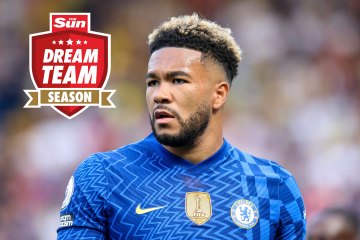 “Palace is a club that seems like they’re always fighting.”

Chairman Steve Parish said: “Chris is a hugely talented young player, and he brings a lot of experience at a high level for his age, as well being an established International for the USA national side.”

Richards made 10 first team appearances for Bayern after joining from FC Dallas in 2019.

During his spell in Germany he also enjoyed two loan stints at Hoffenheim.

He will hope to play regularly at Palace as he approaches this winter’s World Cup in Qatar.