A source told the NY Post that Cuomo may have been lacking leverage after being fired from CNN last year, and speculated this offer may have been the best he could do.

The source called Cuomo ‘damaged goods’ and said ‘I don’t think he had a lot of leverage.’

The same source said its vital for Cuomo to get another hosting gig quickly to ensure he stays relevant and guarantee his future as one of the United States’ best-known newsreaders.

NewsNation is a new broadcaster which bills itself as offering neutral reporting on current events – a marked departure for Cuomo, who enjoyed inserting his opinions into stories while on CNN.

Its top-rated news shows average around 50,000 viewers – way below the two million Cuomo brought to CNN at its peak.

Insiders think that if Cuomo can even bring in 100,000 viewers, he’ll have earned his cash.

Bosses also building him a new Manhattan studio from which to air his show, although he will lose his generous CNN travel allowance, which paid for him to fly between the broadcaster’s studio and his Hamptons home.

Cuomo was fired last year after he was found to have helped his brother, then New York Governor Andrew Cuomo, battle sexual harassment claims.

It was announced on Tuesday that the 51-year-old will host a new prime time show on NewsNation. 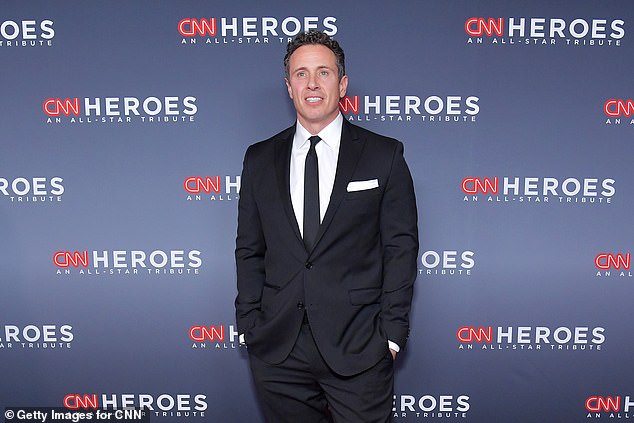 Cuomo, who was with CNN since 2013, was fired last year after he helped his brother fight sexual harassment claims 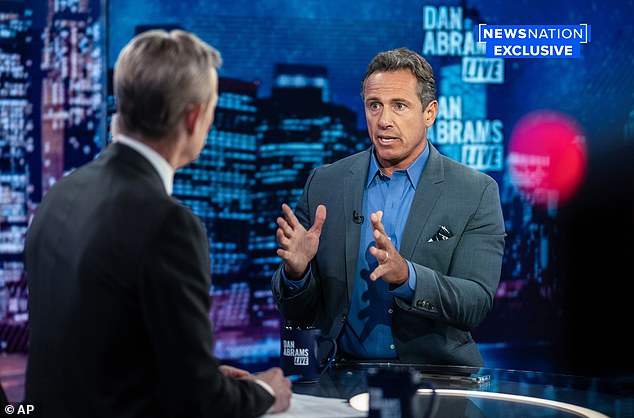 Cuomo appeared on NewsNation with Dan Abrams in his first TV interview since his departure from CNN. Cuomo said ‘I’ve decided that I can’t go back to what people see as the big game.’

Cuomo wore blue button down and slacks yesterday as he entered NewsNation’s studios on 42nd Street in New York City.

He was there to appear on ‘Dan Abrams Live’ to discuss his new role with Nexstar Media Group’s cable network.

During his appearance on Abrams’ show, Cuomo was asked about his longtime colleagues Jake Tapper and Don Lemon ‘coming out aggressively’ against the host.

He added: ‘I cannot blame people for acting on what they’re told. Should they have called me? Of course. But I understand the circumstances, also.’

Cuomo went on: ‘I understand why they may not have felt that was an option. But these are good people. They take their jobs seriously. I’m not gonna judge them for what they say about me based on what they knew and didn’t know. I wish them well.’ 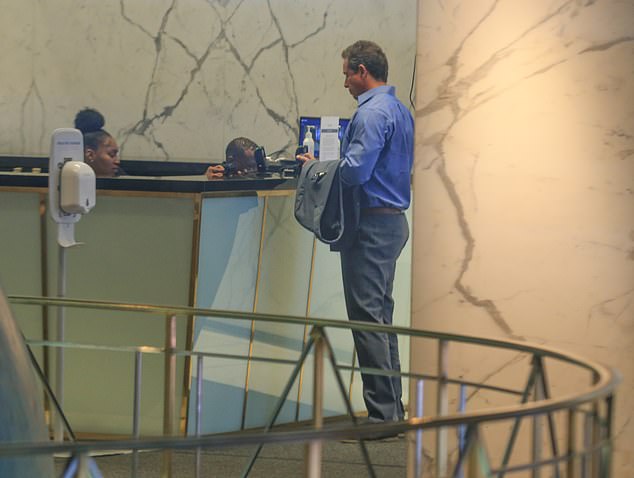 Earlier on Abrams’ show, when Cuomo was announced as joining the network, he told viewers: ‘I want to help. I want to find a way to help people. I’m going to come to NewsNation and I want to build something special.’

The former CNN star added: ‘I’ve decided that I can’t go back to what people see as the big game. I don’t think I can make a difference there.’

Later in the interview, Cuomo was asked about his firing from CNN. The new NewsNation star said: ‘I remember the phone call but I don’t remember any emotions around it.’

He went on: ‘You know, there’d been so much negativity, so intense, for so long, that I didn’t see coming.’

Cuomo added: ‘I don’t know if I were numb or whatever it was but it was just one more thing that I was going to have to deal with.’ 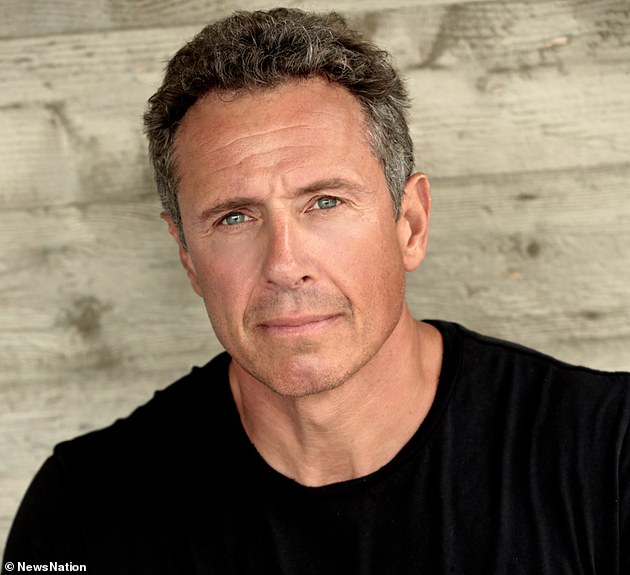 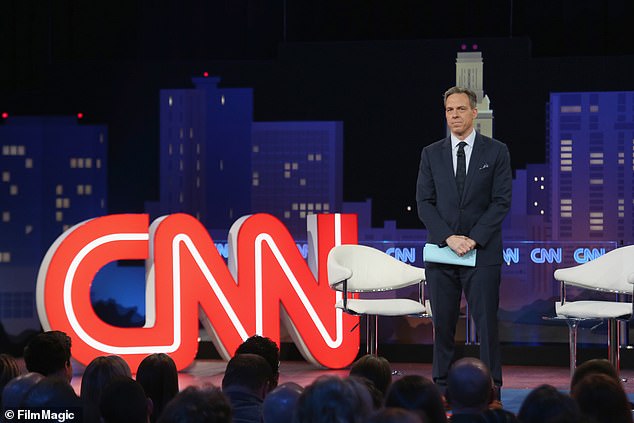 During his appearance on Abrams’ show, Cuomo was asked about his longtime colleagues Jake Tapper and Don Lemon ‘coming out aggressively’ against the host 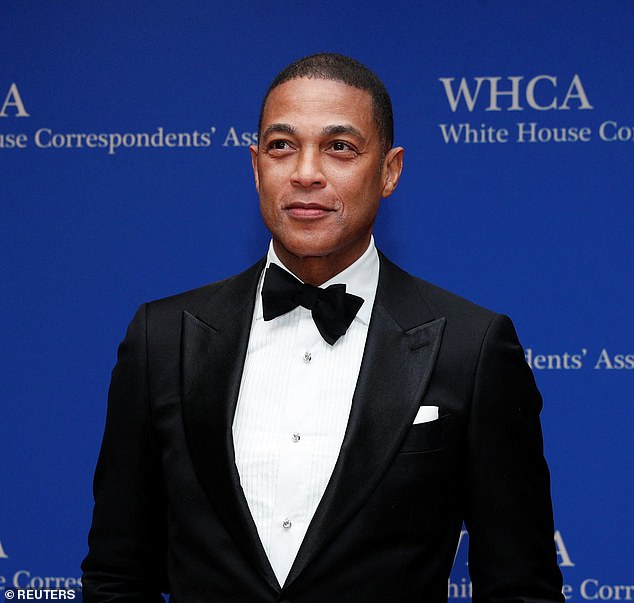 When asked about former colleagues Jake Tapper and Don Lemon, Cuomo said: ‘I cannot blame people for acting on what they’re told. Should they have called me? Of course. But I understand the circumstances’

The broadcaster – who was believed to earn $6 million-a-year – did so while simultaneously working for a journalist at a network tasked with reporting impartially on the scandal.

In March the broadcast journalist, who hosted Cuomo Prime Time from 2017 until last December, served CNN with a $125 million arbitration claim over what he claims is his wrongful dismissal.

That suit is believed to be ongoing. 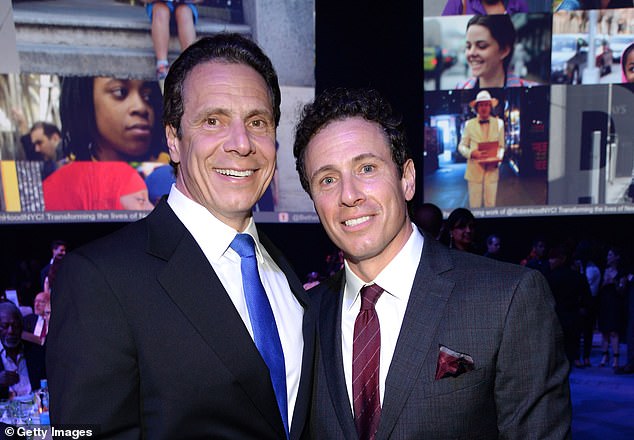 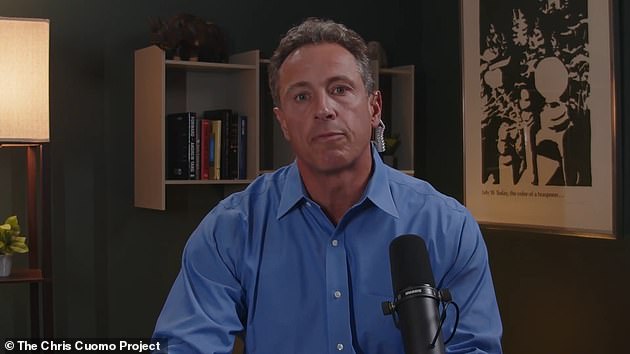 Fired CNN host Chris Cuomo has launched his comeback with a new podcast, staking out a defiant tone as he released the first episode

Announcing the new move, Sean Compton, Nexstar Media Inc.’s President of Network, said: ‘Chris joins our growing team of seasoned, award-winning journalists and will further our efforts to continue to ensure fairness and transparency in our news reporting and talk shows.

‘NewsNation believes in the work I am doing with the Chris Cuomo Project, and I look forward to building something special here – covering news wherever it happens and having conversations that cater to common concerns and solutions rather than political parties or the political circus.’

NewsNation has long billed itself as an impartial, straight-down-the-line network which focuses solely on reporting the news, without any political angle.

The broadcaster also launched his own comeback podcast last week, The Chris Cuomo Project, staking out a defiant tone as he released the first episode – with new shows coming out on Tuesdays and Thursdays.

In the podcast, Cuomo made the surprise declaration that he is not a Democrat, despite his deep family ties to the party, and defended the actions that led to his ouster from CNN.

The veteran TV newsman also said there were no hard feelings when it came to his former employer – who fired him amid his brother’s sex pest scandal.

‘As for CNN, I’ll never be a hater. CNN has great people, CNN has a great purpose, and I wish them all the best, and I miss so many of the people there. But it’s time for me to move on, and I believe I can be more than I ever was before,’ he said.

Cuomo also said that he does not consider himself a Democrat, despite the fact that both his father Mario and brother Andrew served as Democratic governors of New York. 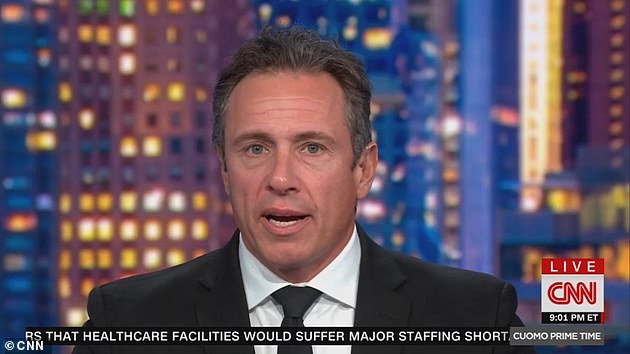 ‘I love my father, I love my brother, I respect them both tremendously, but I’m no Democrat,’ he said.

The promos come just weeks after the former TV anchor took to Instagram to tell America to ‘pay more attention’ to what is happening in Ukraine.

‘What is happening right now in Ukraine is bad and America should be paying a lot more attention,’ he said, reporting from the war-torn nation.

‘I went to the eastern front… Outmanned and outgunned we had to hide behind abandoned buildings.’

Cuomo likened the conflict to ‘WW2’ and compared Ukrainians to Americans fighting the War of Independence.

‘Ukrainians sound like Americans 240yrs ago vs the British. They are laying down their lives to keep the freedoms we have here.

‘The interest here has slowed…the war is only accelerating. I will show you more reason to care…soon. Thank you for the interest.’

Cuomo has worked at nearly all the news networks throughout his career, working for Fox News, CNBC, MSNBC, ABC and CNN, finally getting his own show from his good friend and boss Jeff Zucker, who was also fired for violating the company’s rules on dating subordinates.

After losing the $6 million-a-year gig for running interference for his brother, Cuomo sued the network for $125 million.

According to the lawsuit: ‘Cuomo has had his journalistic integrity unjustifiably smeared, making it difficult if not impossible for Cuomo to find similar work in the future and damaging him in amounts exceeding $125 million, which includes not only the remaining salary owed under the Agreement, but future wages lost as a result of CNN’s efforts to destroy his reputation in violation of the Agreement.’ 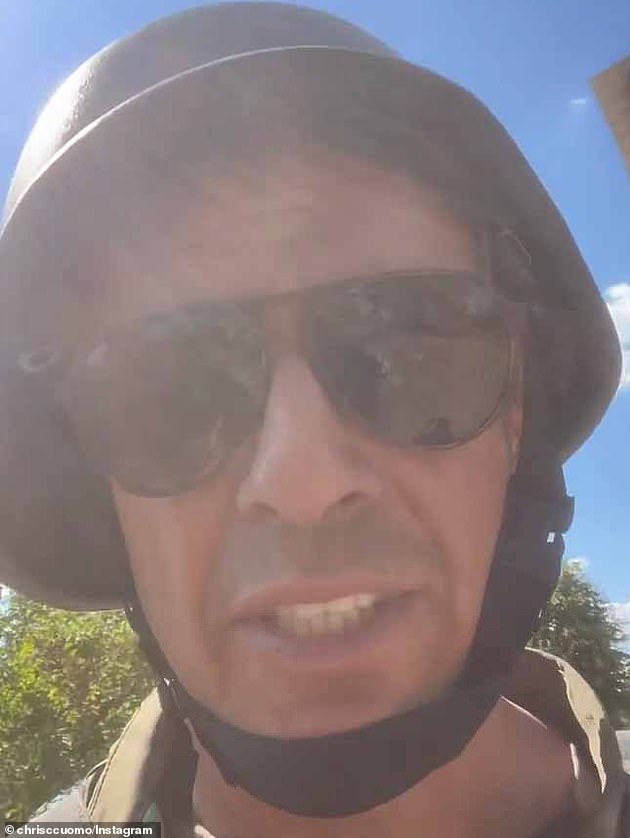