A MISSING girl’s father wrote a second letter from jail thanking the donors to his daughter’s reward fund, which is tangled up in litigation.

Don Wells, whose daughter Summer went missing last June, authored a religious-based poem in his thank you note to donors as he finishes his sentence for a DUI arrest.

“We wanted to thank everyone who donated to the reward fund in the hopes of bringing our precious daughter back home,” Wells wrote.

“We can assure you she is worth everything to us and more as she loves everyone, is blameless, and deserves to be in school with her peers becoming a young lady.

“It kills us to think about what she might be going through.”

The reward fund was set up to encourage tipsters to come forward with any information they had to find the missing six-year-old. 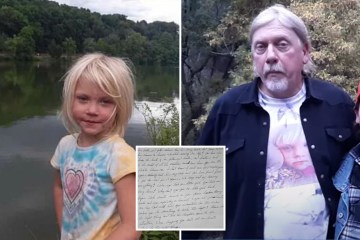 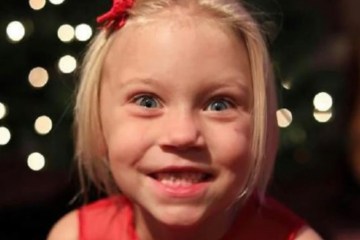 The open letter was made public around 4pm Wednesday and was spellchecked before its release, a family spokesperson said.

The first letter was addressed to “person or persons responsible for kidnapping Summer,” and the third letter will be addressed to Summer, a family spokesperson told The Sun.

(Below is the full transcript of the letter.)

DONATIONS TO BE DECIDED BY THE COURT

Releasing the funds will be up to a Tennessee court after the Church Hill Rescue Squad filed litigation in June after the source of about $32,000 in donations was questioned.

The Church Hill Rescue Squad was part of the search for Summer Wells and set up the donation fund to reward people for tips.

According to the court document, the fund includes 28 monetary donations totalling $73,705.90.

The court hasn’t made a decision yet.

FULL TRANSCRIPT OF LETTER TO DONORS

“We wanted to thank everyone who donated to the reward fund in the hopes of bringing our precious daughter back home and we can assure you she is worth everything to us and more as she loves everyone, is blameless, and deserves to be in school with her peers becoming a young lady. It kills us to think about what she might be going through.

We know those who have donated and so many others feel the same so thank you from the bottom of our hearts!

And for those in media who do their job with a heart, thank you very much and God bless.

As we wander through this trail of tears remember,

God wandered in the desert with the Israelites for 40 years.

God told Moses, ‘I’ll send an angel have no fear.’

Moses said, ‘Lord no please I need You near.’

Summer was last seen on June 15, 2021 in her Hawkins County, Tennessee home, and an AMBER alert was issued the next day.

The Wells family has said she went to the basement to play with toys after planting flowers in the front yard with her grandmother and mother and seemingly vanished.

The court of public opinion turned on Don and the Wells family and pointed the finger at them.

But the family has maintained that Summer was abducted by an unknown perpetrator.

In March it was reported that Summer’s family “wasn’t cooperating” with law enforcement as the search for their daughter continues.

Candus Bly, Summer’s mom, wrote a note to a WJHL, which was forwarded to The Sun by a family spokesperson, that denied the sheriff’s wall-of-silence allegations.

During an interview with Dr Phil, the TV personality made it clear that he does not think the parents had anything to do with Summer’s disappearance, but he did press them on if they knew anything more about who may have targeted the girl.

The Behavior Panel interviewed Mr Wells for two hours before his Dr Phil appearance in November 2021.

The Behavior Panel – a four-member team of behavior and body language experts – all agreed that they believed he was innocent, something that they said has only happened two or three times.

He’s “no choirboy” but he’s also “not a criminal mastermind,” said Greg Hartley, a retired military interrogator and one of the four members of The Behavior Panel

“Nothing is ever 100 percent (but) he wasn’t hedging in his answers. He wasn’t guarding anything,” Mr Hartley told The Sun in a previous interview.

They said they asked Mr Wells if he hurt Summer or if he had anything to do with her disappearance.

His answer was no, and his story was consistent, Mr Hartley said.