In the nail-biting season finale on Tuesday the two men were whisked away in a red helicopter after hunters failed to get catch them.

Rob was first on the helicopter with Stathi having just minutes left to join him in order to take the $100,000 prize money. 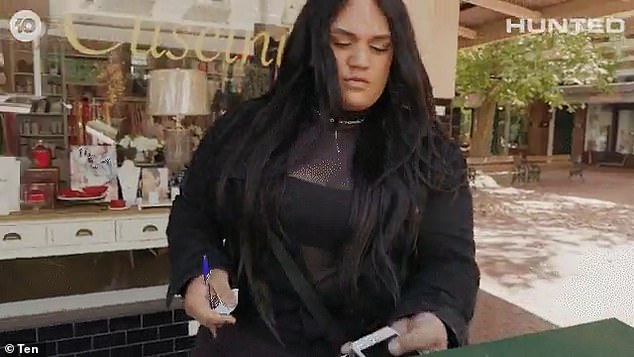 Rob was elated as he made it to the helicopter taking a dig at the people who claimed he couldn’t do it.

‘That heavy-set boy won. And he beat you. I put a lot of time and effort into planning for this,’ Michael said.

‘The strategy for me was hiding in plain sight, not acting like a Fugitive, decoying, dressing up,’ he added.

Michael added that most people said he couldn’t even run from the hunters, let alone win the season.

Stathi was equally impressed with his skills as he made it to the helicopter, with the hunters failing to catch him.

‘It’s taught me a lot about myself, my resilience. Not many people know how this feels. Oh, mate. The paranoia, the stress, the anxiety,’ he said of the experience.

‘Not knowing who was on your back. Being on the run, it was exhausting. And when the physical exhaustion coupled with the mental exhaustion,’ he added.

He said there were a lot of moments he questioned if he could do it.