Why Cody Simpson and Emma McKeon’s ‘pool love triangle’ is EXACTLY what swimming needs: Freestyle champ James Magnussen backs romance to the hilt – and says Kyle Chalmers is RIGHT to feel ‘disrespected’ over dramaOlympic medallist said drama around trio has raised sport’s profile down under Praised Simpson’s huge effort to make Aussie team for Commonwealth Games Believes Chalmers is right to feel snubbed by intense focus on ex and Simpson

But the former freestyle champion believes McKeon’s ex, Kyle Chalmers, is right to feel snubbed over the pair’s relationship, which has taken the focus off his campaign to win gold at the Commonwealth Games.

Magnussen believes the ‘media juggernaut’ that will descend on the pair at Birmingham this week is ‘exactly what the sport needs in Australia’.

‘Whether you’re talking about the supposed love triangle in the team with Cody, Emma McKeon and Kyle Chalmers, or just the sheer magnitude of what Cody has done in the pool, it has brought eyeballs to swimming,’ he wrote for News Limited.

‘I know it hasn’t pleased everyone, but sometimes when it’s your time in the sport as an athlete it is hard to see the bigger picture.’ 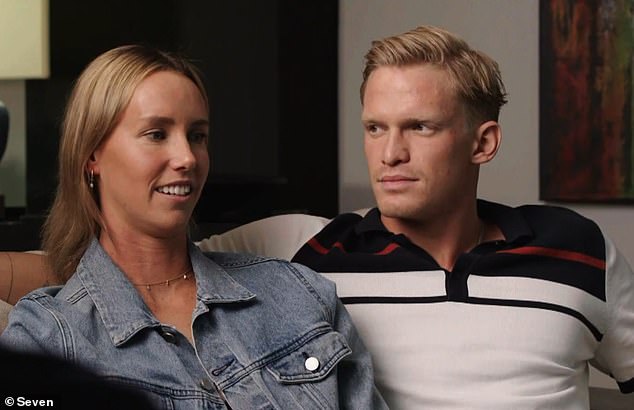 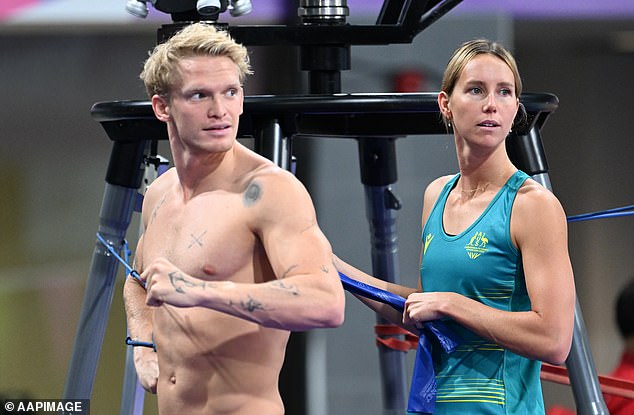 Chalmers certainly hasn’t been pleased by the drama surrounding his ex and her new flame.

He labelled speculation that their relationship was behind him backflipping on sitting out a butterfly event at the world championships – a decision which ruined Simpson’s chance of competing – ‘the biggest joke I’ve ever heard’ and ‘hugely pathetic’.

‘I’ve spoken with Kyle and, to be honest, I can understand if he felt a bit disrespected by the Cody focus,’ he wrote.

‘The entire build-up to trials was all about Cody. It was all over Amazon Prime … it didn’t reflect that Kyle is our biggest male star in the pool.’

The 2012 Olympics silver medallist said Simpson deserves high praise for making it into the Aussie squad, as it’s one of the hardest teams to break into in any sport. 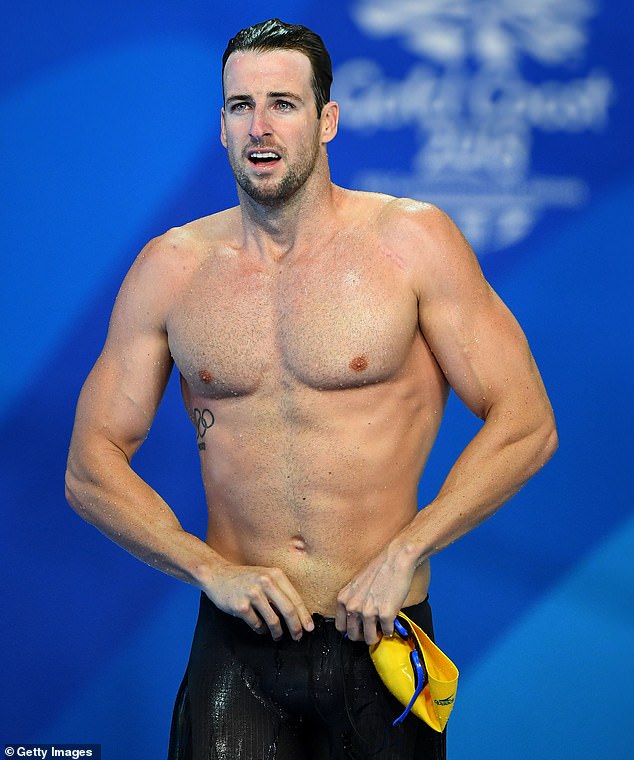 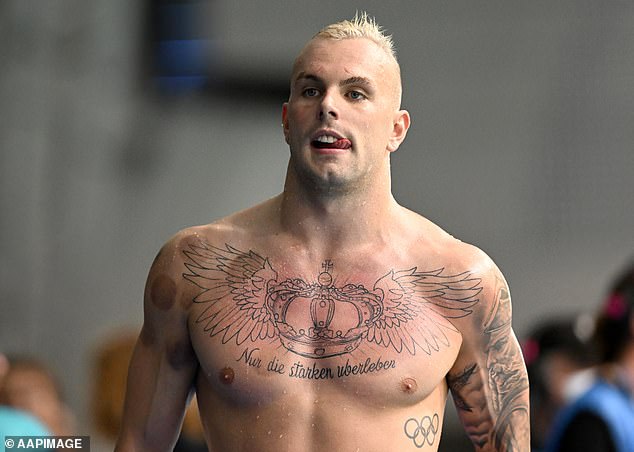 And while he said Chalmers will be on a steep learning curve as he deals with the spotlight on the romance, but warned him the worst thing that could happen to stars trying to make a living out of the sport is having ‘nobody writing about you at all’.

Simpson and Chalmers spoke out about their relationship together for the first time last weekend, with the pop star telling Channel Seven it hasn’t stirred up any drama on the team.

‘There’s obviously been a fair bit of drama, in the media and that around, all the team dynamic and, but no, there’s been nothing but support around, me coming into the team, making the team,’ he said.

‘I’ve been welcomed very warmly by, the current Australian team and all the swimmers on it and have been able to pretty much befriend and make friends, with everyone on the team and feel really welcomed by everyone,’

‘So, I never really felt any tension.’