JEOPARDY! EP Michael Davies has CONFIRMED Ken Jennings and Mayim Bialik with “be the hosts” of the game show “moving forward.”

However, the alum has scored “MORE desirable roles” than the actress as the show’s future is revealed.

The host battle between Ken, 48, and Mayim, 46 has gotten its conclusion on Wednesday.

“I write today with the exciting news that we have closed and signed deals with Mayim Bialik and Ken Jennings to be the hosts of Jeopardy! moving forward.

The showrunner than broke down exactly what next season will look like and Ken has emerged with quite a few specials. 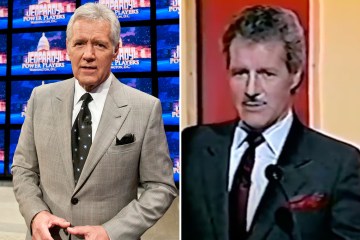 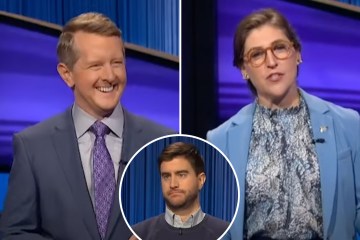 Ken will be hosting November’s Tournament of Champions with this past season’s alums like Mattea Roach, Ryan Long, and Amy Schneider.

He will also be hosting the Second Chance tournament, where players are hand-plucked to play again.

EP Mike continued, outlining the entire Season 39 and how it will look in fall.

“Ken will kick off the season in September, host the inaugural Second Chance competition and the heavily anticipated Tournament of Champions.

“His initial hosting run will take us through December. In the meantime, Mayim will host Celebrity Jeopardy! on ABC in primetime.

“When she takes over from Ken in January, the current plan is to have her host a couple of new tournaments as well as the Jeopardy! National College Championship and as many weeks as she can manage with her other primetime commitment to ‘Call Me Kat.’