JetBlue Airways has reached a deal to buy Spirit Airlines just hours after the discount carries plan to merge with Frontier Airlines fell through.

The airline has offered Spirit $33.50 a share in cash for the $3.8 billion deal – making the fifth-largest carrier.

If the airlines acquisition of Spirit is approved by regulators, then it would leave Frontier as the largest discount carrier in the US.

JetBlue Airways’ surprise bid for Spirit in April, with an all-cash offer, threw the discount airlines plans to combine with Frontier into question.

The original merger plan fell apart yesterday, after months of back ad forth as Frontier and JetBlue competed for the airline takeover.

Spirit confirmed that they would continue talks to sell after ending the Frontier agreement, and announced that JetBlue would be taking over soon after. 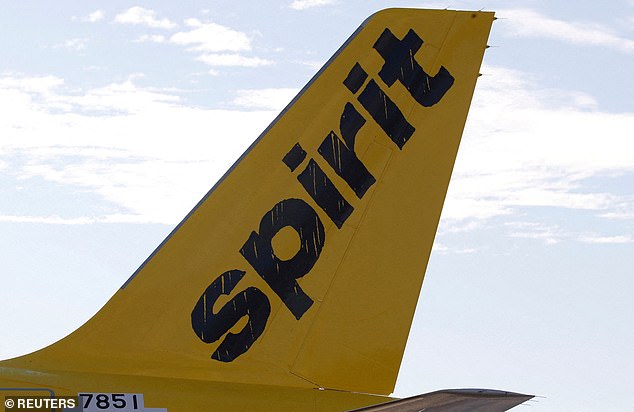 The airline has offered Spirit $33.50 a share in cash for the $3.8 billion deal which would make it the fifth-largest carrier if the deal is approved 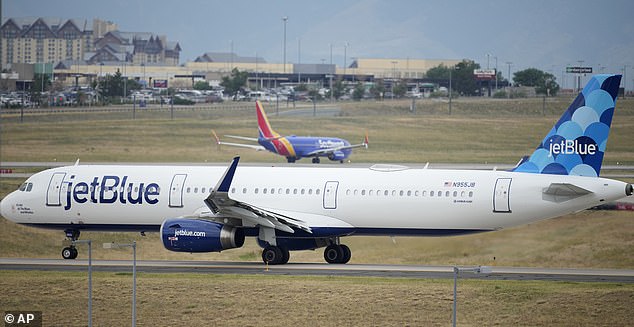 Management at Spirit ultimately failed yesterday to get the support of the majority of its shareholders to complete on the Frontier deal.

But the JetBlue deal still faces a high hurdle for regulatory approval before the merger can go ahead.

Robin Hayes, JetBlue CEO said: ‘We are excited to deliver this compelling combination that turbocharges our strategic growth, enabling JetBlue to bring our unique blend of low fares and exceptional service to more customers, on more routes.

‘We look forward to welcoming Spirit’s outstanding Team Members to JetBlue and together creating a customer-centric, fifth-largest carrier in the United States.

‘Spirit and JetBlue will continue to advance our shared goal of disrupting the industry to bring down fares from the Big Four airlines.

‘This combination is an exciting opportunity to diversify and expand our network, add jobs and new possibilities for Crewmembers, and expand our platform for profitable growth.’

JetBlue executives have been arguing for months that the takeover would allow them to compete with large carries like American Airlines, Delta, United Airlines and Southwest which control most of the US market.

They also claim that it would allow them to fast-track growth by giving it access to a combined fleet of 458 aircrafts on a pro forma basis and an order book of over 300 Airbus aircrafts.

Both Airbus jetliners and pilots are in short supply, and JetBlue is planning on refurbishing the planes in JetBlue style with seatback screens and more legroom. 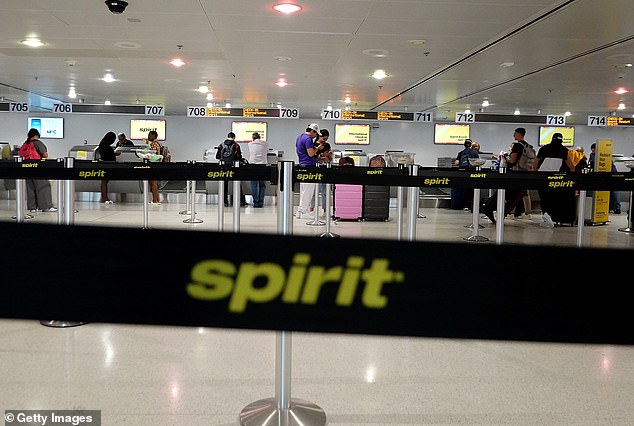 JetBlue executives have been arguing for months that the takeover of Spirit would allow them to compete with large carries like American Airlines, Delta, United Airlines and Southwest 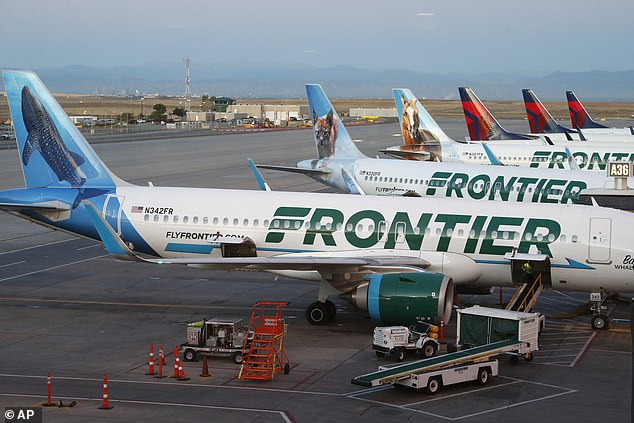 Management at Spirit ultimately failed yesterday to get the support of the majority of its shareholders to complete on the Frontier deal, which had been going back and forth for months

Florida-based Spirit  previously rejected JetBlue’s bids and said that a deal wasn’t likely to be approved by regulators.

They said that their initial rebuff was in part because of JetBlue’s alliance with American, which the Justice Department sued to block last year.

Spirit CEO Ted Christie said: ‘We are thrilled to unite with JetBlue through our improved agreement to create the most compelling national low-fare challenger to the dominant U.S. carriers, and we look forward to working with JetBlue to complete the transaction.

‘Bringing our two airlines together will be a game changer, and we are confident that JetBlue will deliver opportunities for our Guests and Team Members with JetBlue’s unique blend of low fares and award-winning service.

‘We especially appreciate the commitment of our Spirit Family throughout this process.

‘Today’s exciting announcement reflects JetBlue’s admiration for Spirit and a shared belief in what the combined airline can bring for our Guests.’

It is hoped that the merger will help ease growing pressure on airlines as travel chaos has hit the industry in the past few months.

Passengers have been left stranded, and facing hours of queues to even get on a flight across the country. 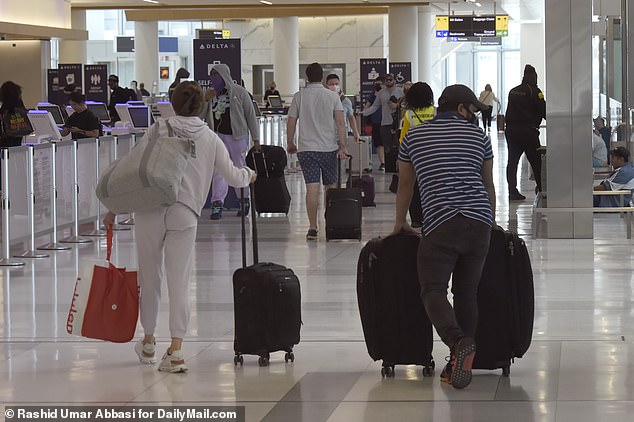 More than 3,600 flights were delayed within, or coming into or exiting the United States in June , and over 380 were canceled 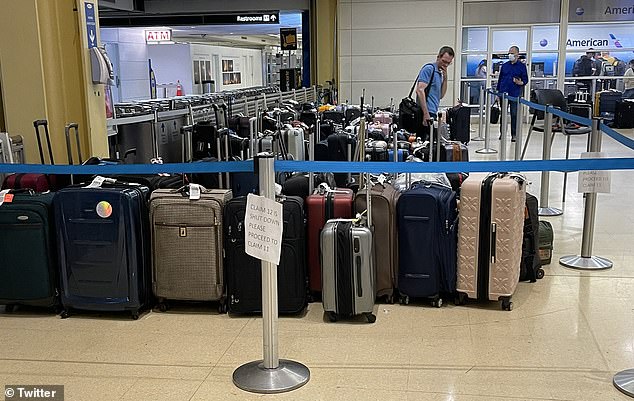 A passenger who traveled to Washington D.C. called out the American’s poor handling of luggage after hundreds of bags were left piled up at the airport last month

JetBlue travelers were ‘held hostage’ earlier this year after delays meant that more than 20 planes were stranded on the tarmac at JFK Airport in New York.

More than 3,600 flights were delayed within or coming into or exiting the United States in June, and over 380 were cancelled, according to Flight Aware.

Ongoing flight disruptions have left passengers outraged, with many complaining their children were left sleeping on filthy airport floors while airlines struggle to rebook flights.

Some travelers claim they were sent home from the airport or forced to rent a car after their ticketed airline failed to provide a new route.