Robert Lewandowski returns to Bayern Munich ‘to say goodbye properly and speak to sporting director Hasan Salihamidzic’ after slamming the club for making up ‘bulls**t’ about him following his exit to BarcelonaRobert Lewandowski completed a £42.5million move to Barcelona last monthHe hit out at Bayern Munich for the way his departure from the club was handledBut the striker is back in Bavaria and reportedly wants to smooth out relationsLewandowski has risked tainting his Bayern reputation after an eight-year stay

By Olly Allen For Mailonline

Robert Lewandowski is back at Bayern Munich today to reportedly smooth out relations with the club following his departure to Barcelona.

The Polish striker made it clear that he wanted to leave the Bundesliga champions this summer and finally completed a move to the Nou Camp two weeks ago for £42.5million.

However, he made headlines over the weekend for hitting out at Bayern over the way his departure was handled, claiming ‘a lot of politics’ were involved and that the club made up ‘a lot of bulls**t about him. 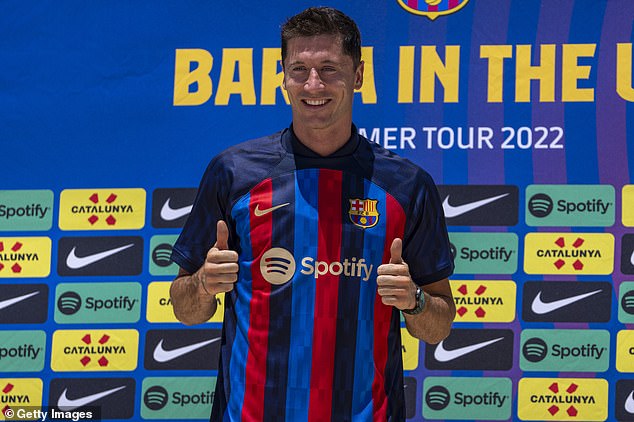 Robert Lewandowski finally completed his move to Barcelona two weeks ago for £42.5million

According to Bild, Lewandowski is returning to Bayern’s training ground to say goodbye properly to his former team-mates and the club’s staff to ensure his eight-year stay at the Allianz Arena is not tainted.

The 33-year-old also reportedly wants to speak Bayern’s board and in particular to sporting director Hasan Salihamidzic.

Salihamidzic told Bild of his frustrations at Lewandowski’s recent comments.

‘I don’t understand it at all,’ the Bayern chief said. ‘My father always taught me that when you leave, never close the door with your behind.

‘Robert is headed in the direction of doing exactly that. It’s something Bayern does not accept.’ 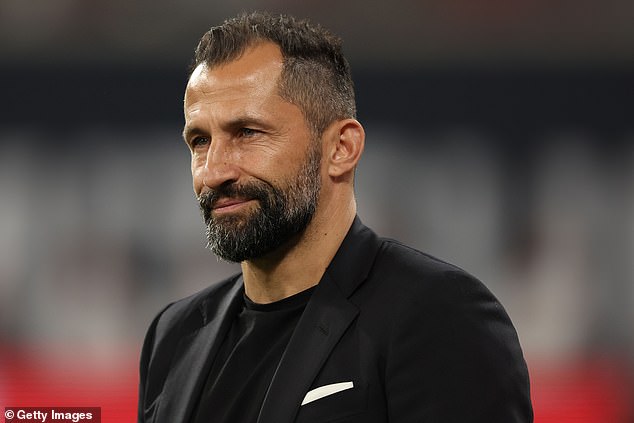 Lewandowski has been away with Barcelona on their pre-season tour of the United States and is set to make his Nou Camp debut in a friendly against Mexican side UNAM this weekend.

The 33-year-old hit out at claims that Bayern’s interest in Erling Haaland was to blame for his departure and suggested that the Bavarian side tried to make up an excuse to justify his sale to supporters.

‘I don’t want to speak about what happened exactly,’ Lewandowski told ESPN. ‘But if the question is if the decision to move was because of him [Haaland], no, I didn’t see the problem if he joined Bayern Munich. 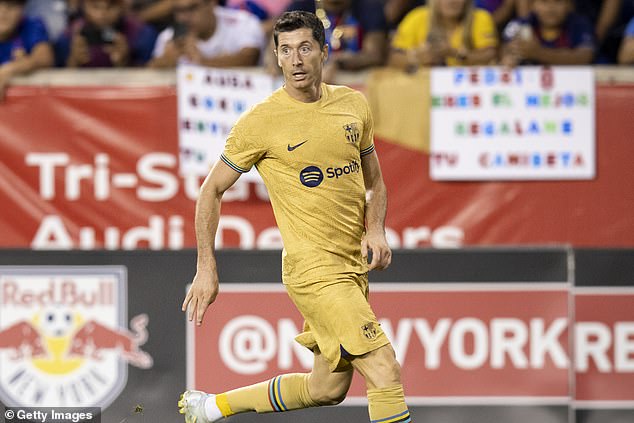 ‘But some kind of people doesn’t say to me the truth, say something different and for me it was always important to be clear, to stay true, and maybe for a few people that was the problem.

‘In the end I know that something doesn’t work well with my person as well and I knew that, OK I see and I feel that maybe it’s a good time to move out of Bayern Munich and join Barcelona.

‘I had a very good relationship with my teammates, with the staff, with the coach, and these are all things I’m going to miss because I spent a beautiful time there. And we were not only friends from the pitch but also something more. 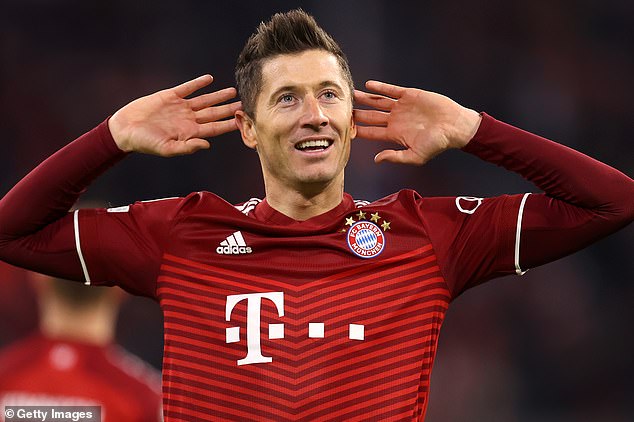 ‘Everything that’s happened in the last maybe few weeks before I left Bayern Munich, that was also of course a lot of politics.

‘The club tried to find an argument why they can sell me to another club because before it was difficult to explain maybe to the fans. And I had to accept that even though it was a lot of bulls**t a lot of s**t said about me.

‘Not true, but in the end I knew that the fans, even in this period, still support me a lot.’