Lindsay Collins suffers SICKENING head knock on his return from concussion-forced absence after Origin III in huge blow for Roosters coach Trent RobinsonLindsay Collins suffered a brutal head knock during the Roosters’ game v Manly Collins, 26, was returning after suffering concussion in the Origin decider He was on the receiving end of a big hit from Morgan Boyle in the first half

Lindsay Collins has fallen victim to another brutal head knock just weeks after being concussed during the Origin decider in Brisbane.

The Roosters prop, on his return from a concussion-forced absence, collided with Manly star Morgan Boyle as the Tricolors defended their own try line after making a strong start to the crunch clash at Brookvale Oval.

However, the Sea Eagles prop made contact with Collins’s head with his shoulder, with the 26-year-old crumpling to the turf in distressing scenes.

‘That’s worrying, for a player that’s only returning this round because of concussion,’ Greg Alexander said.

Immediately after Collins was withdrawn, Manly got on the board through Andrew Davey, who was the recipient of a perfectly-timed pass from Sea Eagles superstar Daly Cherry-Evans. 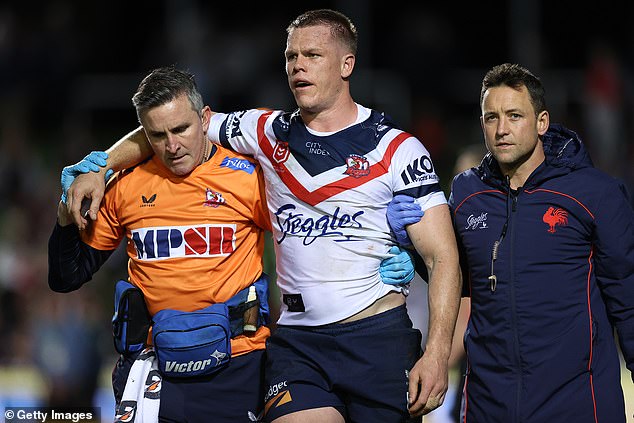 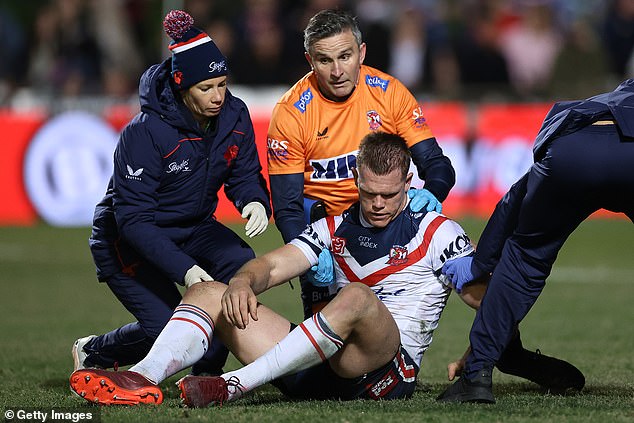