LOVE Island fans think they’ve spotted a huge clue that Gemma Owen will split with Luca Bish when they leave the villa.

Gemma, 19, and Luca, 23, have been coupled up since the start, but there’s been trouble in paradise in recent days.

The couples became parents for the day on Wednesday night’s show as they were given dolls to look after in the parenting challenge.

At the end of an eventful day, Luca asked Gemma: “Do you think I’d be a good dad to our kids?”

She replied: “I think you’d be a good dad” before Luca said again: “To your kids?” 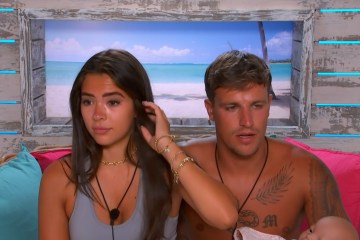 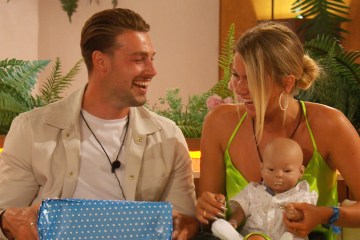 The awkward moment was picked up by people watching at home.

One said on Twitter: “Not Gemma making it extremely obvious that Luca will not be the father to her kids.”

“Gemma just told the world Luca will not be the father to her baby 👏 just get out the villa safely girl thats all you gotta do 😂,” another said.

And someone else typed: “how much are we betting on a luca and gemma split?”

It comes after fans have spotted Ekin-Su Cülcüloğlu’s brutal swipe at Gemma after rumours of their secret ‘feud’.

Eagle-eyed viewers couldn’t help but notice how the Turkish actress made a sly dig about her best friend’s mothering abilities during the Baby Challenge.

As Gemma and her partner Luca Bish struggled with their baby in the kitchen, Ekin-Su made the subtle swipe at the pair of them.

“So far so good, parenting?” Ekin-Su could be seen asking Gemma, as she kept a straight face and rocked her ‘sleeping’ baby.

“Do you reckon you’ll want a kid soon?” she continued, before joking towards her pal. “You look like a moody mum.”