Polish Below Deck Down Under star Magda Ziomek has come under fire after claiming during an interview on the hit Bravo show that she ‘is Latina… very deep inside’.

Footage from the reality series, which follows the lives of crew members working on a luxury yacht, shows the Polish model and actress dancing for the camera, before telling producers: ‘I like to dance, I like to feel hot, I’m Latina so I just wanna have fun.’

When an off-camera producer questions Magda, 26, about her so-called heritage, asking whether she is in fact Latina, the blonde responds: ‘No, just inside.’

Magda adds that ‘very deep inside’ she feels more ‘Latino’ than Polish. 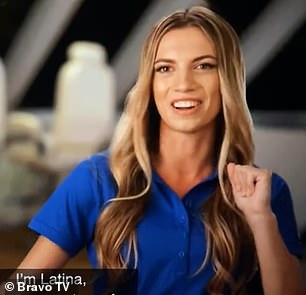 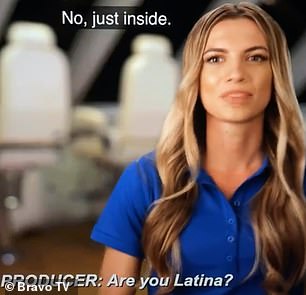 Magda Ziomek has come under fire for her cringe interview where says she is Latina and when asked if she was Latina the Below Deck star responded: ‘No, just inside’ 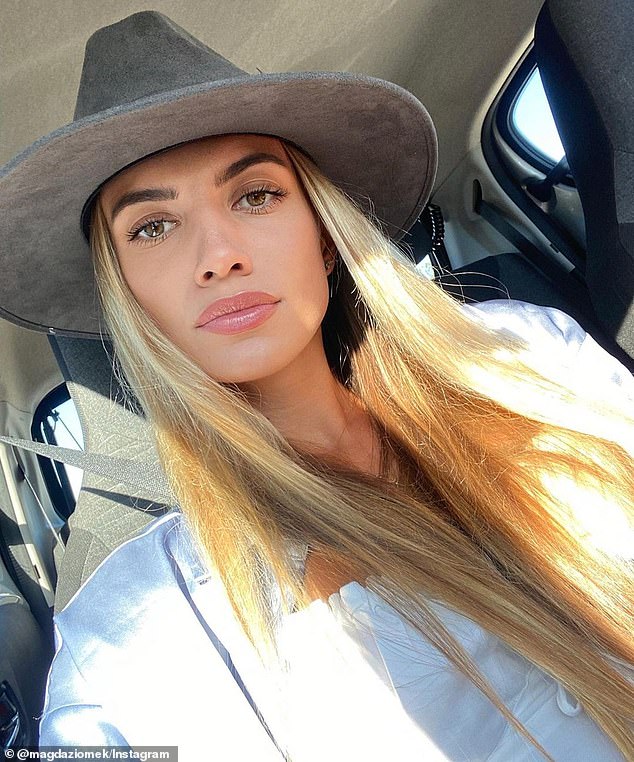 Prior to joining the reality show that follows the lives of crew who work on a massive yacht, Magda spent her time a yoga instructor 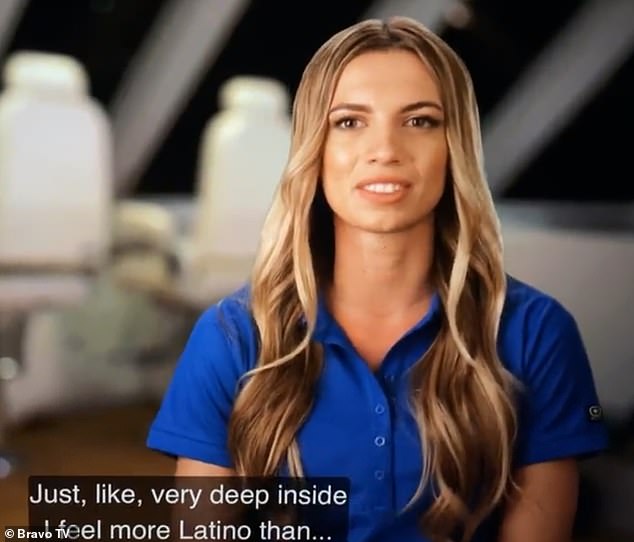 When a producer questioned if she was Latina, Magda responded that she felt more ‘Latino’ than Polish ‘very deep inside’

Magda was born in Szcezein, Poland in 1996 and lived in Poland until 2020 when she relocated to Cannes, a resort town on the French Rivera, which she has been calling home ever since.

Prior to gaining fame on the popular reality show, the model was a yoga instructor on smaller yachts for roughly three years.

It wasn’t until she joined the cast on Below Deck, which follows the lives of the crew who work and live on a massive yacht, that she became a fan favorite.

The model’s comment echos Hilaria Baldwin’s scandal – where she faked her Spanish heritage.

News of the scandal surrounding the influencer and wife of Alec Baldwin emerged when it was revealed that Hilaria – who in the past said she grew up in Majorca and spoke with a Spanish accent – actually spent her childhood in Beacon Hill, Boston, and went by Hillary.

Several former classmates of Hilaria then came forward to confirm that she was raised in Massachusetts by American parents without a hint of a foreign accent.

She then came forward and apologized for faking her heritage and added that she should’ve been more ‘clear.’ 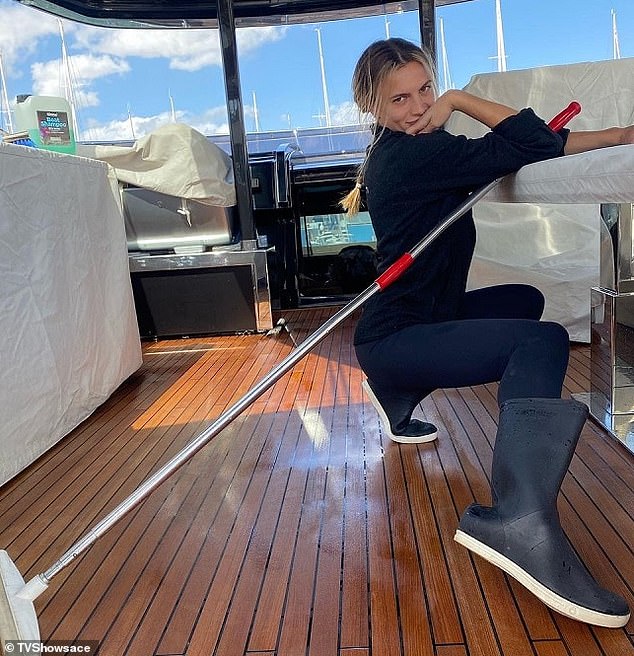 The Below Deck star was born in Szcezein, Poland in 1996 and lived in Poland until 2020 when she relocated to Cannes, a resort town on the French Rivera 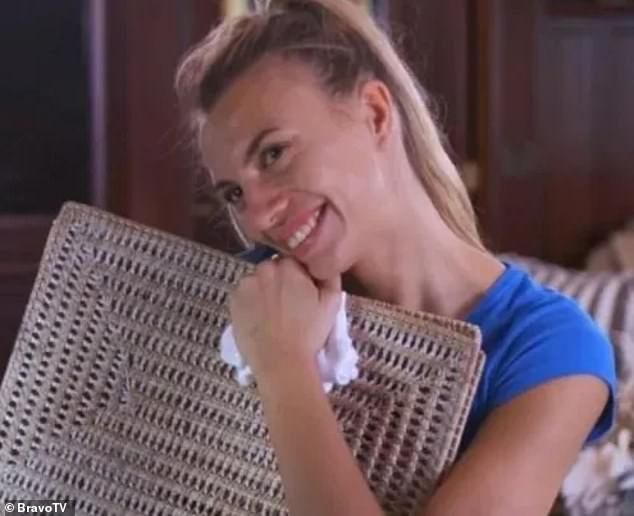 Prior to gaining fame on the popular reality show, the model was a yoga instructor on smaller yachts for roughly three years 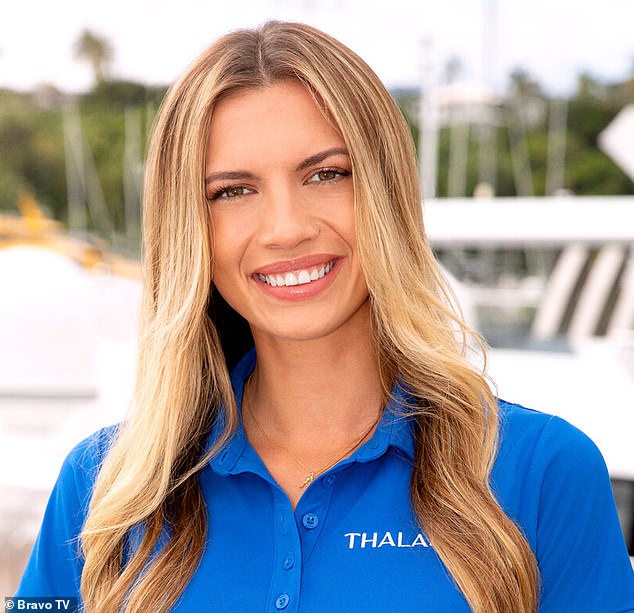 It wasn’t until she joined the cast on Below Deck, which follows the lives of the crew who work and live on a massive yacht, that she became a fan favorite

Similarly to Hilaria, Magda has sparked controversy among her claim that she’s Latina.

A video of the model’s humiliating response was posted to Twitter by Barstool Sports where it gained over 13.6 million views, 12,000 likes and nearly 500 retweets.

The comments section was divided, with many men saying they didn’t mind that the Polish model and actress was self-proclaiming she was Latina, while others claimed many were choosing to dismiss her ignorance because of her looks.

Most of the people who defended Magda were men, and many even said they would see past her embarrassing comment since she’s ‘hot’.

‘Half the people that party on St. Patty’s day aren’t Irish. Lol,’ commented one user.

‘She’s hot so no one cares,’ added another user.

Another man responded: ‘As a Latino I’m ok with this.’ 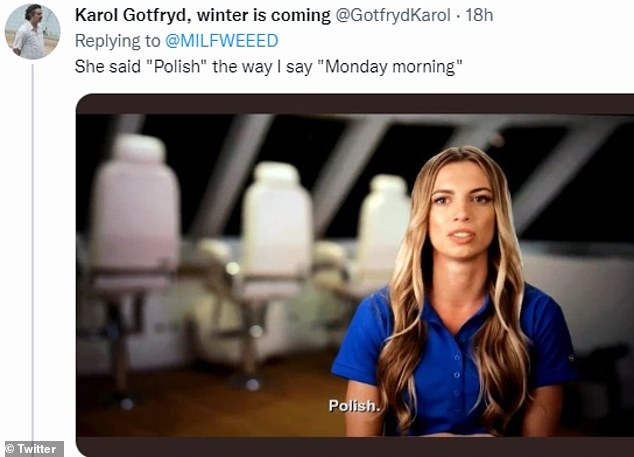 The model’s response was posted to Twitter where users were divided, with many dismissing her comment and others said it was ‘appropriation’

Other users were quick to call out both the men who defended her and Magda herself for cultural ‘appropriation.’

‘The male Latinos commenting their approval of her like she said something wise, clever or inspirational. Girl literally said she wants to have fun bc she is Latina on the inside & dismisses her own heritage. I know, can’t drool & listen at the same time,’ said one user.

‘Nobody ever accused the Polish of being smart,’ added another user.

Another user joked: ‘She forgot she was on TV.’

‘She sounds so ashamed when she says Polish,’ added another user.

Another user commented: ‘Is this what the kids call appropriation?’

‘I feel miserable for the generations to follow because people like her will be making laws for them in the future. We’re doomed,’ added another user.

‘She said ”Polish” the way I say ”Monday morning”,’ added another user.