By Tom Collomosse For The Daily Mail

Raul Jimenez will miss the start of the season after suffering a knee injury that leaves Wolves without a senior centre-forward ahead of their opening Premier League game at Leeds next Saturday.

The Mexican damaged medial ligaments during Wolves’ recent friendly against Besiktas and will be absent for ‘a number of weeks’. Earlier this month, Wolves allowed back-up forward Fabio Silva to join Anderlecht on loan for the season.

Wolves have made just one senior signing – defender Nathan Collins from Burnley – this summer, and Jimenez’s injury increases the pressure on the club’s recruitment team to bring in a new forward in this transfer window. 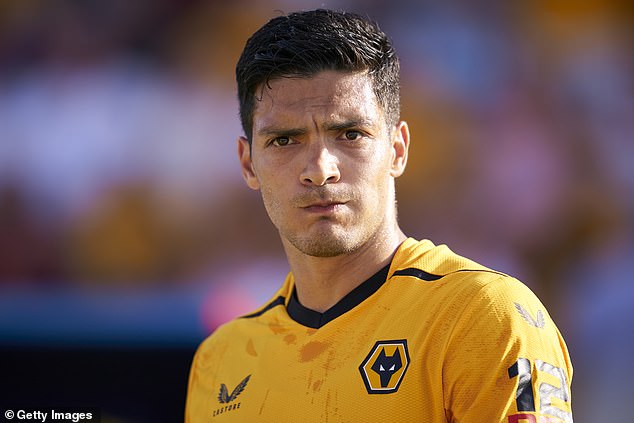 Wolves medical chief Rob Chakraverty said: ‘Raul came off in the game against Besiktas after he stretched for the ball and felt something in his knee and his groin.

‘Scans reveal that he has suffered a medial collateral ligament injury to his knee and a minor strain of his adductor. Neither injury is very serious but he is expected to be out for a number of weeks.’

Jimenez was one of the Premier League’s most effective forwards before he suffered a fractured skull during a match at Arsenal in November 2020, which briefly placed his life in danger.

The 31-year-old made a remarkable recovery to return to top-level action and scored six times in 36 matches for Wolves last term. 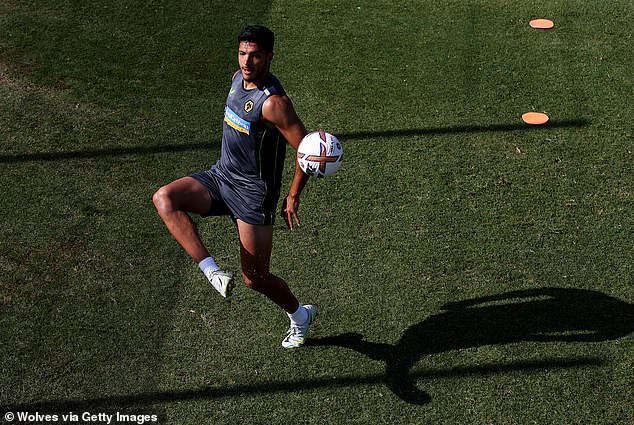