RIC FLAIR will step into the ring one final time this weekend.

The wrestling legend will call time on his career after a last bout in Nashville.

Flair, 73, has spent nearly five decades in the ring and will go down as one of the all-time greats.

He will team up with his son-in-law Andrade el Idolo to take on Jeff Jarrett and Jay Lethal on Sunday night.

Here is all you need to know about the event and how to watch it. 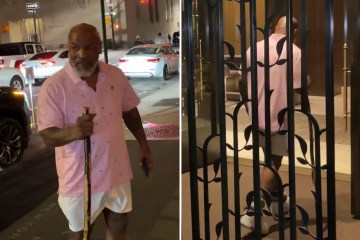 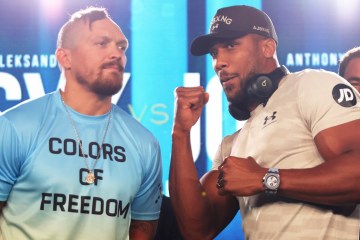 When is Ric Flair’s Last Match?

Flair will step into the ring for the final time on Sunday night on Nashville, Tennessee.

The event is scheduled for 7pmET and is due to wrap up by 10pm ET.

Flair will also star in ‘The Roast of Ric Flair’ on Friday night.

That event will see Flair roasted on stage with a set of verbal insults from famous faces.

How can I watch it?

The event will be streamed exclusively live on FITE.TV.

Who else is in the match?

Ric Flair will team up with his son-in-law Andrade el Idolo in the ring.

Their opponents in Nashville will be Jeff Jarrett and Jay Lethal.

Jarrett attacked Flair last week as part of a promotion for the fight.