Soccer superstar Sam Kerr has capped a memorable month by enjoying a sun-soaked Ibiza getaway with girlfriend Kristie Mewis while her long-time ex has debuted a surprise new relationship of her own.

Twenty-eight year-old Kerr – who was named the best athlete in women’s football at last week’s ESPY awards in the US – took some well-earned time off following the ceremony and jetted to Ibiza with Mewis, 31.

The pair enjoyed several days in the Spanish holiday mecca, posting a series of snaps aboard a luxury cruiser as well as some loved-up PDA’s from their stunning hotel where they sipped cocktails poolside. 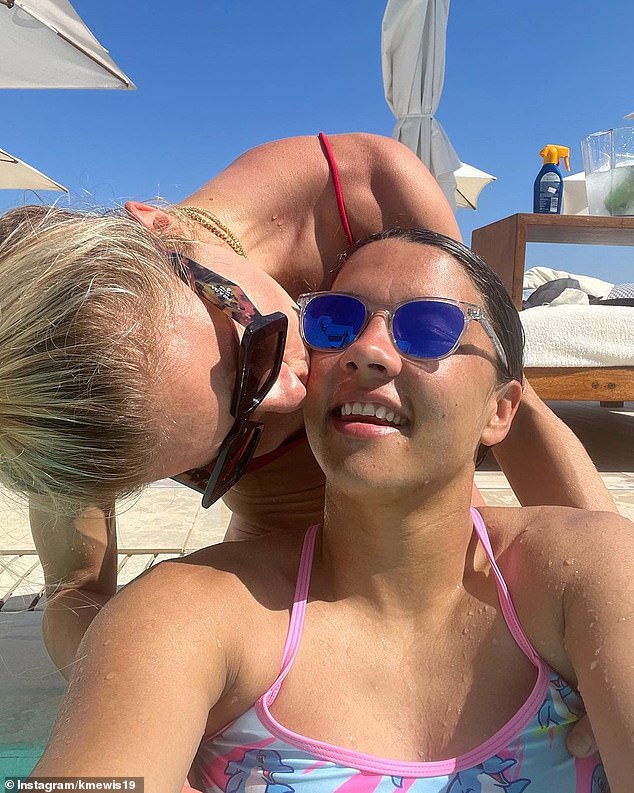 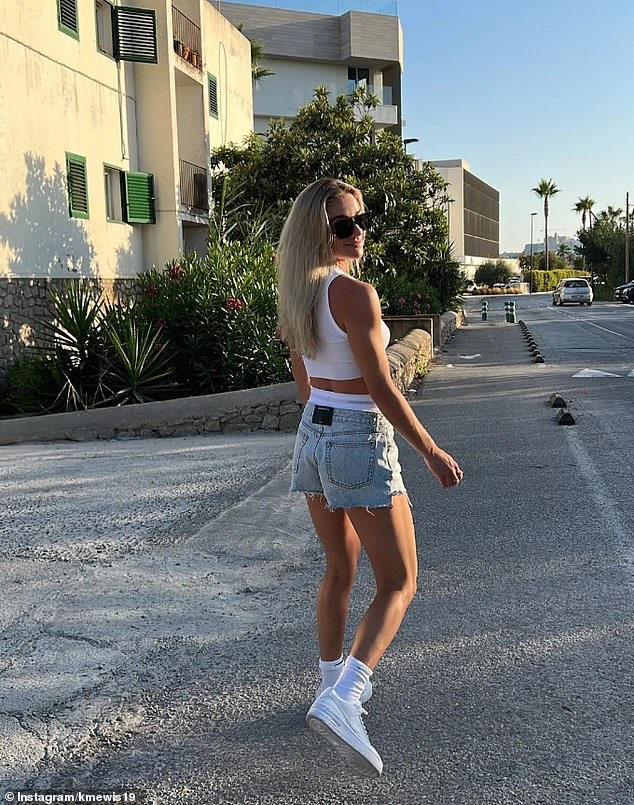 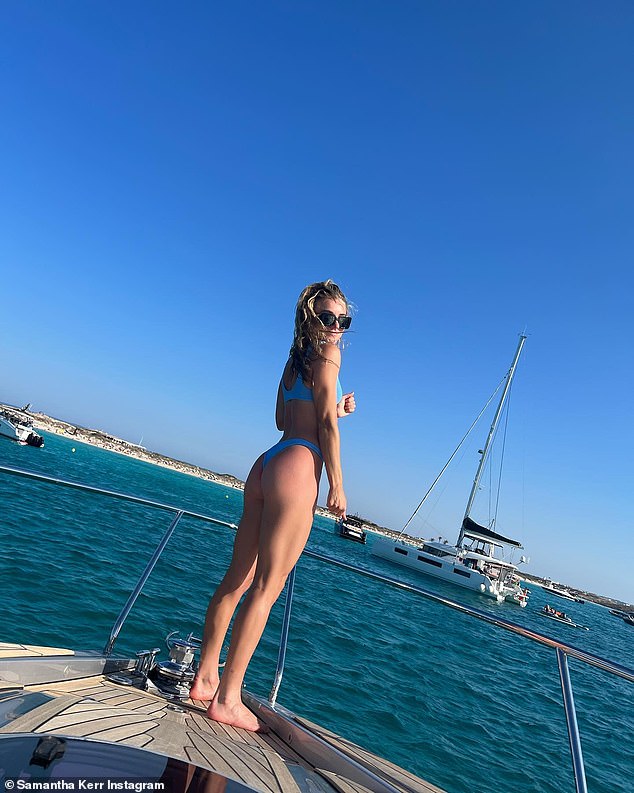 ‘Me when I retire’; Kerr posts a snap of girlfriend Kristie Mewis in Ibiza this week

The romantic getaway comes almost a year since the pair debuted their relationship at the Tokyo Olympics where Mewis suited up for the bronze-medal winning US national team.

Kerr, who captained the fourth-placed Matildas, was snapped embracing Mewis in the wake of Australia’s defeat, confirming speculation in the lead-up to the Games that the pair were dating.

And now, in a twist that has the international football world buzzing, Kerr’s long-time former partner Nikki Stanton took to Instagram this week to unveil a steamy summer holiday of her own.

Stanton, who dated Kerr for seven years prior to their shock split in 2020, went Insta-official with another well-known name in the soccer world Rachael Rapinoe who is – coincidentally – the twin sister of US Olympic soccer hero Megan Rapinoe.

In what are the first glimpses of the new couple, Stanton and Rapinoe posted a series of romantic snaps from a luxury resort in Baja Mexico where they were accompanied by Megan as well as parents Denise and Jim Rapinoe.

‘We came, we saw we Baja’d,’ Stanton wrote in a caption accompanying several PDA’s with Rapinoe who also represented the US in the under-23 division back in 2006. 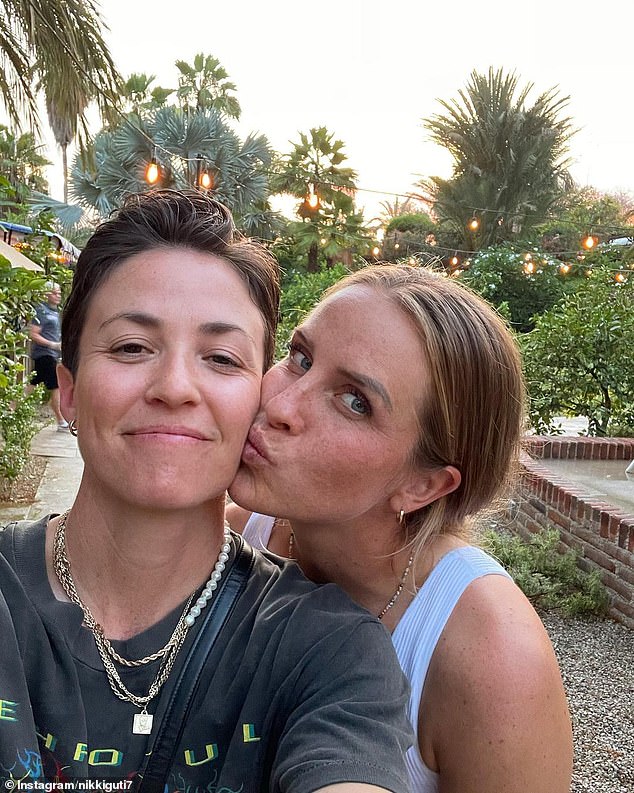 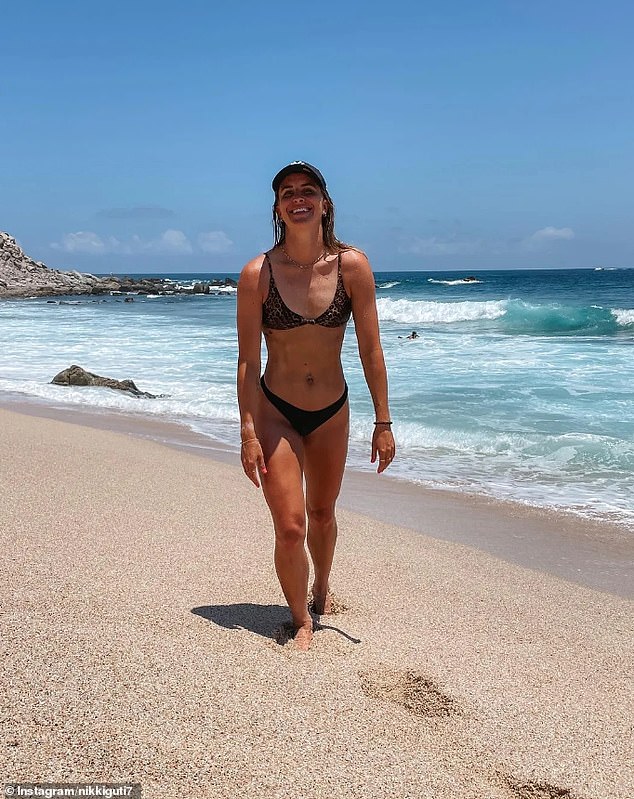 Some of footballs biggest names were quick to chime in on the high-profile new love match.

US soccer international Sofia Huerta, who spent two seasons on loan at Sydney FC congratulated Stanton writing; ‘Omggg I just love this for you’, while Chicago Red Sox star Arin Wright gushed; ‘If you are wondering what pure happiness looks like it’s these photos’.

Stanton’s new relationship comes a year after Kerr reportedly ended their long-term romance abruptly in the lead-up to the Tokyo Games.

According to reports at the time, Kerr called time on their union after telling close friends she had ‘fallen out of love’ with Stanton. 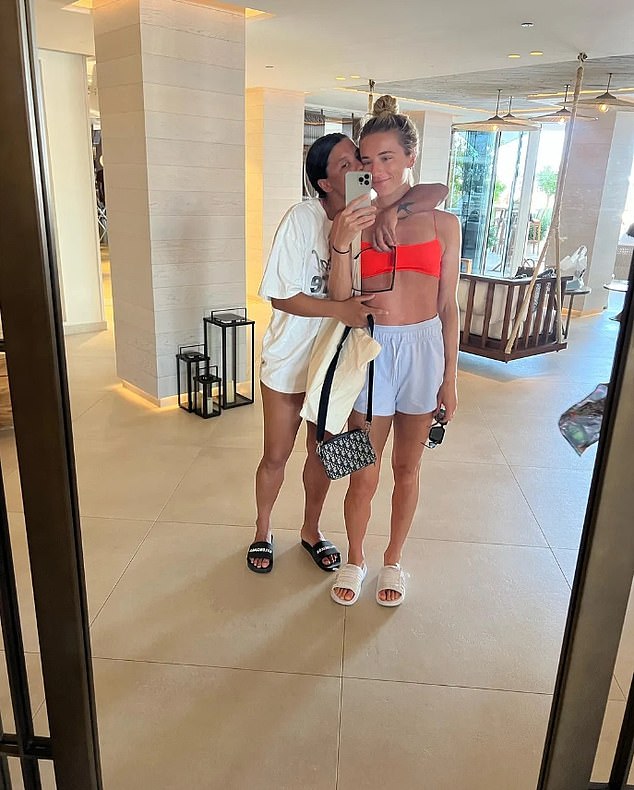 Loved up in Ibiza; Kerr – flashing a $4000 Dior bag and $500 Balanciaga pool slides – and Mewis holidaying in the Spanish resort town 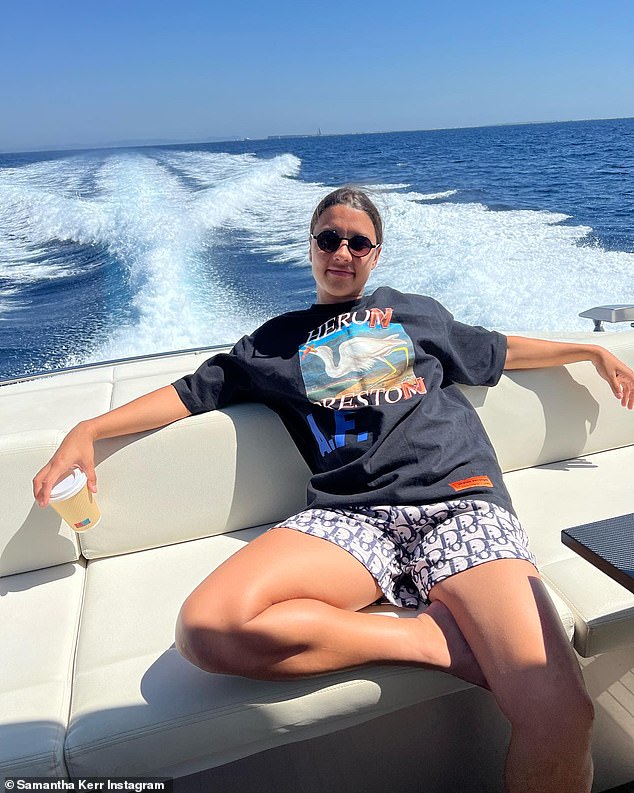 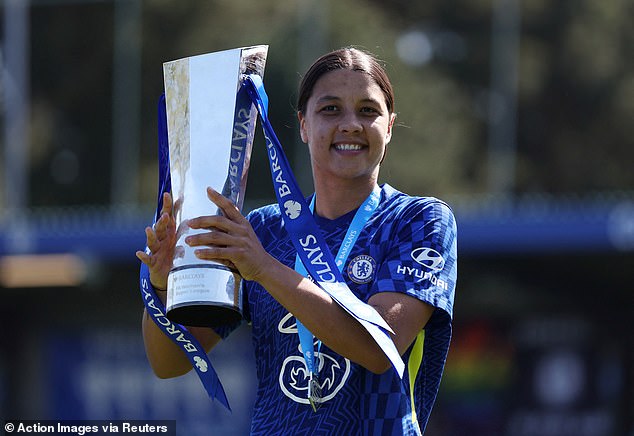 Soon after rumours of a new romance with Mewis began circulating, with the pair going public after the Olympic bronze medal match.

Coincidentally it was Rachael Rapinoe’s sister Megan who served as chief heartbreaker for the Matildas in that match – slotting a rare corner kick to open scoring for the US and ultimately boot the Aussies out of medal contention.

Megan Rapinoe has since become both a sporting and political icon in the US where she often speaks out for LGBTQI rights and – last week – was awarded the Presidential Medal of Freedom from Joe Biden. 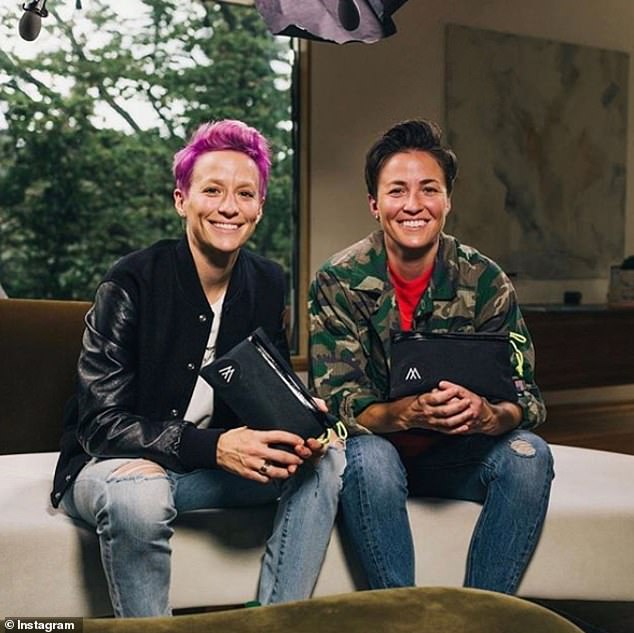 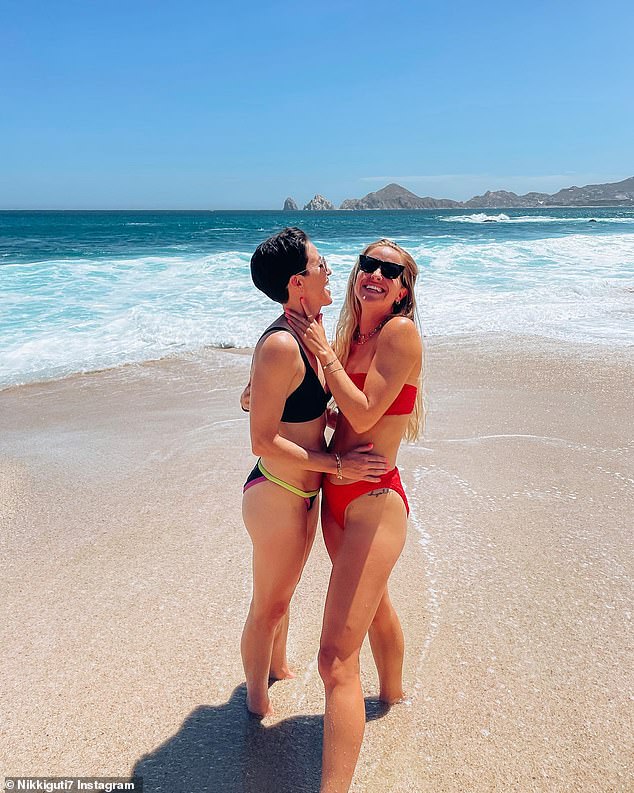 Meanwile Kerr notched something of a milestone of her own, becoming the first female footballer to feature on the cover of a global version of the hugely popular Fifa video game.

The striker, who is now back in pre-season training for Chelsea in the FA Women’s Super League, is pictured alongside France star Kylian Mbappé on the cover of Fifa 23 Ultimate Edition.