RAPPER JayDaYoungan was tragically killed in a shooting in his Louisiana hometown on Wednesday night.

But what happened to the star’s baby? Here’s everything you need to know.

JayDaYoungan was killed in a shooting in his Louisiana hometown of Bogalusa at night on Wednesday July 28.

The popular rapper died at the age of 24 after being rushed to a hospital to treat his injuries, according to the Bogalusa Police Department.

Police say that one of the rapper’s close family members, Kenyatta Scott Sr, has been hospitalized as a result of the shooting. Police are still searching for the gunman or gunmen.

Bogalusa police received a call about the shooting just before 6pm on Wednesday night, according to their Facebook post. 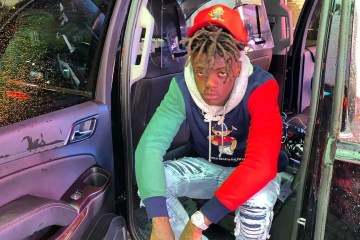 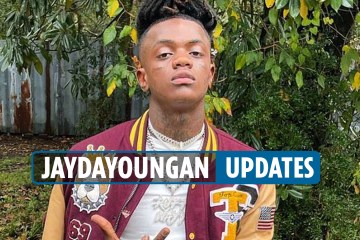 Fans are mourning the artist online, with one Twitter user writing that JayDaYoungan was “one of the best artists out of Louisiana.”

Bogalusa Mayor Wendy O’Quin-Perrette in a statement called it a senseless shooting and said her thoughts and prayers were with the victims.

What happened to JayDaYoungan’s baby?

And his family had already suffered recently in June 2022, when JayDaYoungan and his girlfriend CaRena V mourned the loss of their child.

The cause of death was not stated but CaRena marked the day with a heart-breaking post about how their child was a stillborn baby.

Taking to her Instagram page, CaRena shared a picture of her baby’s tiny hand and her footprint.

On the post, she revealed that her baby was named Amazi Breeze Scott and born on June 10, but sadly couldn’t make it.

Who is JayDaYoungan’s baby mama?

JayDaYoungan’s baby mama is Jordan B who is active on social media.

Although she wasn’t in a romantic relationship with JayDaYoungan before his death, they did have a child together.

She was proudly raising the little one co-parenting with the rapper before the tragic shooting.

Jordan has been receiving a lot of online hate and criticism recently after it was reported that she seemed to wish and celebrate death upon Carena’s child.