SHE vowed she’d never go back to her cosmetic surgeon after she ended up looking like an “alien with horns” following her fox eye procedure.

But when her threads made her forehead turn black, Jessie Carr had no choice but to seek help from the specialist.

The 21-year-old from Sydney, Australia, went viral when she shared the shocking results of the £1,118 operation, which boasts that it can make you look like celebrities such as Bella Hadid.

However, the surgery didn’t go according to plan – leaving Jessie with protrusions on her forehead resembling “horns” which she later called her “biggest regret”.

She had the threads removed but, four months on from the initial cosmetic procedure, Jessie saw the left side of her face where they had initially been inserted start to turn black.

Panicking, she resorted to getting in touch with her surgeon, and was given a steroid injection to help alleviate the dark colouring of her scar. 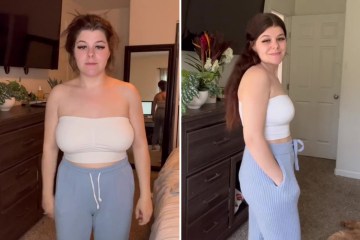 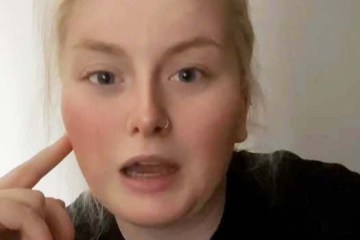 “So update I went to the cosmetic surgeon and he was very, very helpful,” she said in a video on her TikTok page.

“I was initially like I am never going back again because he’s done what he can and if that doesn’t work I don’t expect anything else. “

But I was concerned about it turning black so I did go in and in the meantime what he has done to try and help my scar is he put a steroid injection into the area.

“I think that lightens the scar and also helps with how the scar is currently progressing.”

She then offered an update a “couple of days” later, and said that the injection had helped take away “all of the inflammation”.

“So it was a bit out before and now it’s kind of like sunken in,” she said.

“It’s almost like there’s an indent in my head now. But I guess it’s a good thing because at least it’s not inflamed.

“And I’ve also noticed that the colour is turning back to more of a reddish colour rather than a black colour.

“So I’m going to keep track of it for the next week and hopefully it goes away even more.”

While she has yet to offer any more updates on her TikTok page, Jessie has shared further videos in which her indented scar can clearly be seen on her forehead.