Woman and three young children, aged between five and 12, are found dead at a home in Connecticut by ‘distraught man’ who called 911A man found the three dead bodies in the property on Whaley Street, Danbury, in Connecticut yesterday eveningPolice said that the man who called 911 was ‘distraught and crying’ The deceased female was found in a shed in the backyard, cops confirmedThe tragic circumstances surrounding the four deaths is not yet clear Police chief Ridenhour confirmed that the incident appears to be isolated, and there is no greater danger to the public

A woman and three young children, aged between five and 12, have tragically been found dead at a home in Connecticut.

Police confirmed the news after a ‘distraught’ man found the dead children at the property on Whaley Street, Danbury, yesterday evening.

When officers arrived at the scene, they also found the body of a woman in a shed in the backyard.

The circumstances surrounding the four deaths is not yet clear.

Police said that they have not taken any suspects into custody, and they are not searching for anyone in connection to the tragic incident, NBC 4 reported. 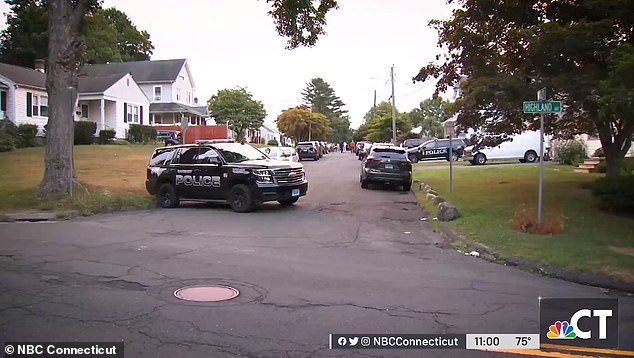 The scene at Whaley Street, Danbury in Connecticut yesterday evening after a 911 call was made by a ‘distraught’ man who found the dead children in the house 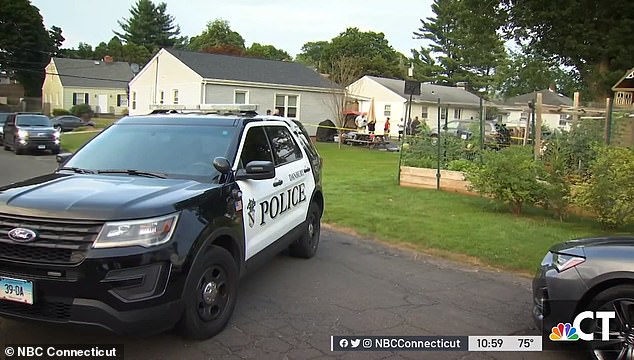 Police cars locked off the road yesterday after the three young children, aged between five and 12, were found dead. When officers arrived, they also found the body of a woman in a shed in the backyard

The three children were between the ages of five and 12 and are believed to be related, according to authorities.

Chief of Police Patrick Ridenhour said: ‘At approximately 6:33 pm officers responded to a check well being call at 10 Whaley St. The caller was distraught and crying.

‘Upon arrival officers went inside the single family residence and discovered three deceased persons, all juveniles.

‘While conducting a further check of the premises they found a deceased female in a shed in the backyard.

‘We are not releasing the names at this time and we ask that you respect the privacy of the family and the neighbors at this time.

‘This is an active investigation by our General Investigations Division and Special Victims Unit. 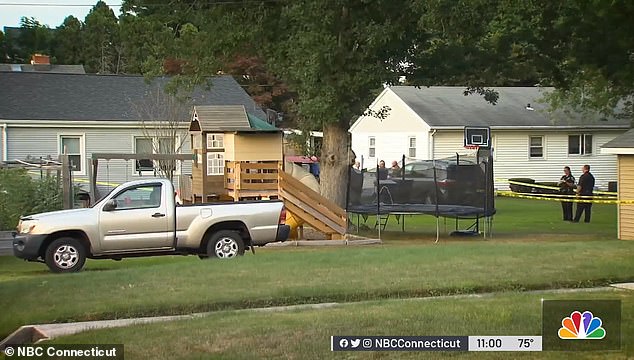 ‘We believe this is an isolated incident and there is no danger to the public.

‘We may be able to release further details in the morning.’

Ridenhour confirmed that the incident appears to be isolated, and there is no greater danger to the public.

He also told NBC Connecticut: ‘We’re not going to leave any stone unturned. I don’t want to get ahead of ourselves.

‘We have a pretty good idea of what happened but we just don’t want to confirm that at this point.

‘It’s an extremely difficult time for many of our officers, especially those who had to go inside.’

One neighbor Tom Neville said that the event has rattled the locals in what is usually a quiet area of town.

He told the local paper: ‘At 5 o’clock tonight, I was watering my flowers and nothing. Nothing looked like suspicious was going on or anything.’