SHE had found the perfect set of nails on Pinterest and went into her local salon to request something similar.

But Andrea Woods has insisted she’s not going to look at the picture-sharing site anymore, because she was left looking like she’d “dipped my hands into a bag of spicy Doritos and haven’t washed them for a week”.

“Do you know what I can’t get my head around?” Andrea began her TikTok video.

“Why do we think that they’re going to look like the picture that we’ve just seen?

“Because the picture that we’ve just seen has definitely be tweaked, or filtered, or something has happened to it.” 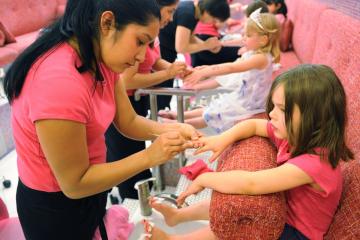 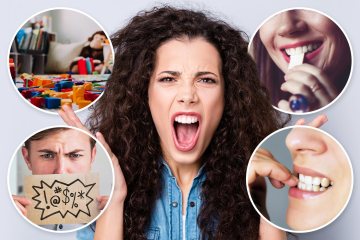 She added that she’d gone into the nail salon two weeks ago and asked for an “orange ombre-ish kind of like, if you were to compare it to a cocktail it would be a Sex on the Beach”.

And while she insisted that it’s “not the nail technician’s fault”, she was left with nails that she was entirely dissatisfied with.

“It looks like I’ve dipped my hands into a bag of spicy Doritos and haven’t washed them for a week,” she raged.

“F**k Pinterest now and their f**king pictures. I’m going with plain colours now in the future.”

However, people in the comments section were quick to insist her nail fail was entirely the nail technician’s fault.

“I don’t know, I think you’re being too kind…maybe venture to try a new technician?” one wrote.

“It is absolutely the nail techs fault,” someone else wrote.