THE world’s most tattooed doctor says she always gets the same stupid reaction – but she doesn’t care.

Dr Sarah Gray, 33, from Australia, wants to change the public opinion of tattoos after judged by her looks while working as an orthopaedic service registrar.

The former Miss Ink Australia winner does believe a shift is occurring which sees people be more accepting, but wants to reiterate the message that she’s not defined by her body art.

Sarah says it’s becoming more common for people in professional roles to be displaying tattoos and hopes her external look wouldn’t alter how she is perceived.

She told the Daily Star: “Tattoos don’t make you a bad person and anyone that thinks that is just a representation of their unconscious bias, not of who I am as a person.”

At 16 years old, Sarah got her first tattoo and became fascinated with the industry, today wearing more than 300 hours worth of ink. 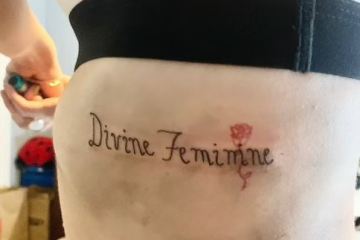 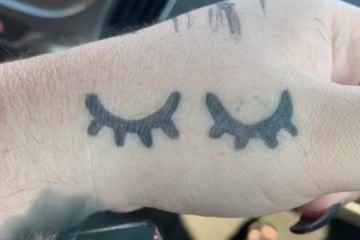 To represent important moments and meanings in her life, she began collecting pieces from artists.

Keen to challenge the idea that someone might judge her skillset on the colour in her skin, she says there

Sarah said: “I often have people reach out to me sayings they were too afraid to apply for job X or pursue career X through fear of being judged but decided to go for it anyway after finding me. That’s a pretty amazing thing.

“If I can encourage one person to remain true to themselves by not being afraid of judgement then I’ll continue to document my journey.”

Despite her highly respectable day job, she has grown used to shop assistants and restaurant staff ignoring her.

In one frustrating moment, she was shopping for a pair of designer shoes three shop assistants totally dismissed her.

Sarah said: “They all served other customers first and wouldn’t even make eye contact with me.

“I waited politely for ages and eventually gave up and left. They did themselves out of a sale and I saved myself $1,000, so I guess that’s one bonus.”

In another shocking example, she and her husband went for dinner on Australia’s Gold Coast and were told by restaurant management there was a ‘no visible tattoo’ policy.

The doctor wants more people to join her in celebrating diversity and creative self-expression because “we weren’t born to be sheep”, she says.

She’s grateful the medical industry has never had an issue with her appearance.

Sarah explained: “I’m working in a conservative industry but the world is evolving and becoming more accepting of others, as it should.

“They let my work ethic and compassion for others speak for itself. Those who are clouded in judgement by how I look, I wouldn’t want to work with anyway. That’s their loss, not mine.”